Oleg Horohordin Deputy Head of the Secretariat of the Deputy Prime Minister of the Russian Federation A.V. Dvorkovicha 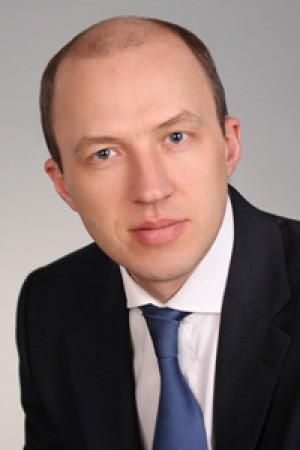 In 1999 G. - I Altai Academy of Economics and Law (Faculty of Economics), Barnaul, in 2000 city - department of state and municipal administration of the same academy.

2003 of - the Russian Academy of Public Administration under the President of the Russian Federation (full-time post-graduate of the Department of Public Service and Personnel Policy), Moscow.

Specialty, the degree of PhD, the title Bachelor of Economics; menedzher specialty "State and municipal management", PhD in Sociology.

In the years 1988-89. worked as a janitor at the secondary school № 106 Barnaul, in the Leninsky district court is, Barnaul - clerk.

From 1989 to 1990 - mechanic-repairman 2nd class on the engine compartment Altaisk om th e factory in Barnaul.

After the service he worked half a year as a carpenter-concreter of the 2nd category on the SS of Barnaul thermal power stations in Barnaul, in 1993 he was transferred by a driver.

In 1997 he was transferred to the position n hief plot number 2 "Trading house".

In 2002-2003, - Specialist Consolidated Analysis of Territorial Management of Property of Russia in the Moscow region.

From 2004 to 2006 - chief specialist of the coordination of the Central Federal District management I of the Federal State Employment Service of Moscow region.

In addition, from 2002 to 2006, was an adviser on information and analytical support (contract) Apparatus and Plenipotentiary of the RF President in the Central Federal District.

Since 2006 specialist Consolidated Analysis of Territorial Management of Property of Russia in the Moscow region, chief specialist of the coordination of the Central Federal District management I of the Federal State Employment Service of the Moscow Oblast, Advisor, Information and Analytical Support (contract) device as authorized representative President of Russian Federation in the Central Federal District.

Since 2009 - Chief Adviser of the Presidential Administration for Internal Affairs and administration policy and the Russian Federation President.

He is married and has a son and a daughter.

He is fond of Oriental edinoborstvami, skiing, hunting.

On February 9, the Kommersant Publishing House sent a complaint to the police about the initiation of a criminal case against the members of the pro-Kremlin youth movement Nashi - Kristina Potupchik, Arthur Omarov, Roman Verbitsky and others. "Kommersant" suspected "Nashists" in the organization of DDoS attacks on the ID site, suspicion was based on the correspondence of members of the movement published by anonymous hackers.

Forbes investigated some facts of a huge array of letters from one of those: a person identified in the correspondence as Oleg Leonidovich Horohordin, who until recently was deputy head of the Department of Internal Policy of the presidential administration (AP). In January, the official went to work in the government, which in an interview with Forbes was confirmed by an employee of the White House apparatus.

"From his mail, we learned that for one visit to a dentist, he can pay almost two million rubles and 90,000 rubles for a bouquet for a regular fan. It is to this little-known official that they are treated with the lowest requests for help in winning tenders for government purchases in the Altai Republic, "characterize the Khorokhordin hackers in their" address to the people of Russia. "

"Problems and make friends. On skolkovo or elections to $ 5 billion is ready personally with S. to speak on skype. Believes that this is an order from Kazakhstan from the first person "- a letter of this content was sent by the user [email protected] to Horohordin on October 13, 2010 (spelling and punctuation of the original are preserved).

The message in the message may be about the disgraced Kazakh banker Mukhtar Ablyazov: in October 2010, he unsuccessfully fought against Russian justice. A few days before this letter, the Tverskoi district court of Moscow authorized Ablyazov's absentee arrest.

"When you watch a film, you feel proud for our Armed Forces, for those who fought," Dmitry Medvedev stated after watching the action movie "August. Eighth "during a visit to the new film and television complex" Glavkino "on February 23 this year ...

The presentation of the picture for the head of state was conducted by co-founders of the "Russian Hollywood" - the group of companies "Glavkino". The self-titled complex was created in siliyami three prominent figures of the domestic television and film industry: producer IleyBachurinym, director FedoromBondarchukom and CEO of "First Channel" Konstantin Ernst. The total investment in the project is estimated at $ 300 million. The general contractor "F.S.G. Centerstroy "has built a complex of 33,000 square meters. M, including the largest in Eastern Europe shooting pavilion on more than 3000 square meters. M.

Officially Glavkino is a private project. 50% of the company's shares belong to Bondarchuk, Ernst, Bachurin and Uralsib, 50% to investor VitaliyGolovachev. However, the strict control of the presidential administration over the creation of the complex was never a secret.

A clear idea of ​​the true scale of the project's affiliation with the Kremlin gives all the same correspondence. According to Glaucino's search request, more than 40 messages are found in the mailbox attributed to Horohordin, mainly by Bachurin's authorship, in the company of the general director.

The letters are devoted to a wide range of issues: from the construction of water supply and sewerage systems of the cinema complex and gasification of premises to the scheme for issuing loans to VTB and financing the project as a whole: we are talking about "additional" amounts up to 600 million rubles.

What relation to Glavkino could have an employee of AP Horohordin, the company's documents are not reported, however, judging by the correspondence, presumably he was in charge of "Russian Hollywood."

After hacking into hackers, Horohordin mail became aware of his "commercial negotiations." A businessman named "Eduard" addresses an influential official: "If you talk to Yakobashvili on my question, and if the deal is with him, 10% of the money I get is yours." The author calls himself "Edward." Recall that in 2015, Mr. Yakobishvili sold Rosneft 49% of Petrocas Energy for $ 144 million. Participants in business processes said that the price is understated. Here it is worth remembering that the "right hand" head of Rosneft is Eduard Khudainatov. Maybe it was that "Edward"?

The real official career of Horohordin began after in 2002 he was taken to the Office of the Plenipotentiary Representative of the President of the Russian Federation in the Central Federal District. Then plenipotentiary in the district was Georgy Poltavchenko - the current governor of St. Petersburg. He allegedly introduced the "young man" to "St. Petersburg".

But now for Horohordin not the best times are coming. The election of 2018 is coming, and it is necessary to plant corrupt officials not only among governors, but also in federal structures. The problem is added by the fact that the head of Khorokhordin Arkady Dvorkovich in an informal conflict with Igor Sechin, who could substitute Minister Alexei Ulyukayev, who is now under arrest. There is information that Dvorkovich was developing the FSB. If the assumptions about possible "kickbacks" of Horohordin are confirmed, he will not only fly from office, but also sit down. In this case, Dvorkovich will lose his place.

In the post of the Horohordin, the plans of a criminal syndicate for the future were also revealed: the registration of the so-called "Digital Party of the Russian Federation" and cut almost 80 million budget rubles for this case.The youth wing of this party called "Machine" is preparing for a special operation to legitimize the election results on March 4, 2012. What they will do: 10,000 so-called "independent and honest observers" on March 5th will declare the fairness of the elections, regardless of what will actually happen.

Official Oleg Horohordin over the years to become the unofficial AP RF energy magnate, a secret banker and owner of apartments in Moscow for $ 700 thousand. Apiece.

A major scandal is raging after the license is revoked from Sibes Bank. The Central Bank decided to liquidate the financial structure in connection with "failure to comply with federal laws regulating banking activities and regulatory acts of the Central Bank." In addition, Sibas managed to violate the law "On Counteracting the Legalization (Laundering) of Proceeds from Crime and Financing of Terrorism" in 2017.

In general, the full set. "The current state of the bank was characterized by the presence of critically increased risks associated with the refinancing of indebtedness of individuals and the implementation of" schematic "transactions with the rights acquired by microfinance organizations for consumer loans," the Central Bank said.

But most importantly, as it turned out, this is not what the managers of "Sibes" did, but who is behind it. So, the bank controlled by the shareholders of the bank "Zerich" (license revoked February 26, 2016) headed by Anatoly Prytula that quickly before the revocation of the license in February 2017 sold the shares "persons unknown", his controlling stake was the "sprayed".

Then the fun begins. Mr. Pritula is connected by common interests with a very influential person - Deputy Head of the Secretariat of the Deputy Chairman of the Government of the Russian Federation Oleg Horohordin. Mr. Horohordin is still the head of the Council of NP "GLONASS".

It should be noted that hackers were able to crack the mail of Horohordin. It turned out that in 2008-2010, more than 10 letters of "commercial nature" were sent to Horohordin mailbox. Some of them concern the acquisition of the Yakut bank "Taatta" and the Ural "Universal", which soon after the letter from the co-owner of "Zerich" was revoked a license!