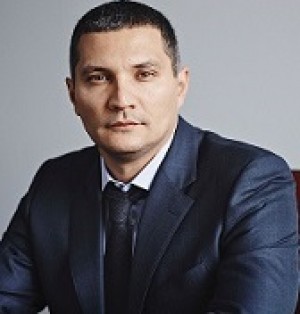 Read this text in Russian
Имя: Eduard
Фамилия : Gasanov
Отчество : Sarifovich
Должность : Member of the Board of Directors of NIPI NG "Peaton"

Eduard Gasanov is not a native of St. Petersburg and has never been a friend of the head of state. But his biography is very entertaining. According to the Interior Ministry, a native of the Kazakh SSR and a resident of Sterlitamak, Gasanov was detained on June 25, 2000 by militiaman VA Kotelnikov. In the framework of the criminal case No. 160672. The investigator Slepova EV Charged him with part 3 of Article 159 of the Criminal Code (fraud committed by a person using his official position, as well as on a large scale). On November 27, 2000, a trial was held over Hasanov following the results of which the current recipient of tens of billions from Gazprom went to the colony.

He was released only in July 2004, when he received a new passport in exchange for a certificate of arrival from prison. And then Gasanov was put by the Ministry of Internal Affairs of Bashkortostan to the so-called "accounting". Fellow citizens are the most "tasty" characters for operas, especially as agents. And if they are still related to business, they become not only suppliers of necessary information and participants in operational experiments, but "hands" and "wallets" of policemen in the field of entrepreneurship. Gasanov escaped such a fate.

The company "Peton" became the leader of the rating due to the fact that in 2016 it received several state orders from "Gazprom" for a total of 176 billion rubles. This money went to the design and construction of a plant for the production of liquefied gas in the Leningrad region (126.7 billion rubles) and the construction of an installation for the stabilization of the condensate of the Achimov deposits in Yamal (47.7 billion rubles). Both contracts were concluded without a tender procedure for "procurement from a single supplier". The refusal to hold the tender Gazprom was explained by the need to "prevent the threat" of the accident.

Holding "Peaton" was founded in 1990 by a native of Ufa Oil Technical University Igor Mnushkin. Even the name of the holding was received in honor of one of the inventions - "Perezkrestnochnochnaya regular nozzle". Large state orders "Peeton" began to receive only in recent years. If in 2013 the company won tenders only by 88.6 million rubles, then in 2015 - by 2.8 billion rubles. The company's revenue for the same period increased from 694 million to almost 1.9 billion rubles.

Forbes studied the path of "Peton" from a small institute in Ufa to the largest contractor of "Gazprom" and a biography of three of its owners - Igor Mnushkin, Oleg Polyakov and Vladimir Zaitsev ...

At one time, Mnushkin drew to the management of his son-in-law Eduard Hasanov, who brought the managerial component, the petrochemist said. As the company grew, other "modern managers" joined, continues Telyashev: "This team probably could connect a certain administrative resource and achieve serious orders."

Ufimets Eduard Hasanov came to "Peaton" in 2007 as a commercial director at the age of thirty. Since then, he managed to visit the chair of the company's CEO and chairman of the company's board of directors. Since recently, he no longer heads the board of directors, but still is a member, the press service of "Peton" reported. He himself refused to give interview to Forbes.

About Gasanova almost nothing is known. The acquaintances characterize him as a tough and "punchy" negotiator. In "Peton" he is responsible for "communications and contacts," say the interlocutors Forbes.

Hasanov's negotiating skills so worried competitors that in 2012, as the media reported, he faced "wiretapping" of his telephone conversations with Bashneft's daughter company Ufaneftekhim.

The investigative bodies were approached by Eduard Gasanov, Director General of LLC "Peton". He indicated that his conversation with an employee of the Bashneft division, which took place in July this year on mobile communications, was recorded by someone, and then the audio recording was sent by e-mail to Ufaneftekhim.

According to the statement of Mr. Gasanov, a criminal case was opened. The article, which is accused of being unknown, provides for up to one year of correctional labor. The contents of the talks, mobile operators, as well as the status of the interlocutor of the head of Peton in Ufaneftekhim, do not disclose the investigation. According to Kommersant sources, the parties discussed preparations for one of the tenders of Ufaneftekhim. "Peton", specializing in scientific developments in the field of natural and technical sciences, wholesale trade in general industrial and special purpose equipment, trade in fuel, ores, metals and chemicals, has repeatedly won in them. The authorized capital of the company is 10 thousand rubles. The founders, according to the Unified State Register of Legal Entities, are 75% Igor Mnushkin, 25% Elvin Latypov.

In 2012, the SS of Bashkortostan based on materials of local operatives and the statement of Gasanov initiated a case on the illegal tapping of his negotiations with the management of a subsidiary of Bashneft - Ufaneftekhim. And it was a big hint that Bashneft itself was listening. After that, the number of contracts for "Peton" significantly increased.

It is worth noting that the criminal record for fraud could have been for Gasanov not the only one. In 2008, Azamat Sultangarev, born in 1984, applied to the internal affairs bodies. He said that Hasanov "under the threat of using force" took a receipt in the transfer of money in the amount of 1.2 million rubles. But since Eduard was already an integral member of the team of Bashkir policemen, these materials were quickly "hushed up".

In early 2015, another co-owner of the "Peaton" was another native of Bashkiria Oleg Polyakov. He received 49% of the Ufa Institute, control remained for Mnushkin (now Polyakov and Mnushkin have 40% of the company). Terms of the deal were market, explained in "Peton". From open sources it follows that Polyakov back in 2013 was Hasanov's advisor. They have known each other since the 2000s, as they worked in related fields, says one of them familiar ...

His interest in "Peton" Polyakov in an interview explained the huge growth potential of the company. In 2014 he replaced Gasanov with the company "Peaton Invest Technologies" - the managing director for the structures of "Peton". And in 2015, together with Mnushkin became co-owner of another "Invest Technology", consolidating several enterprises of "Peton". The businessman is also a member of the board of directors of Peaton, where he oversees the financial strategy of the holding. In the footsteps of his brother went and Dmitry Polyakov, who now holds the post of adviser to the general director of "Peton".

Oleg Polyakov's interests are wider than just business. Since childhood he has been keen on karate and is a member of the board of trustees of the sports federation in Kyokushinkai of the Republic of Bashkortostan. Polyakova's successes were evaluated outside the republic: at the beginning of this year he was unanimously included in the board of trustees of the Sambo Federation of St. Petersburg (it is headed by St. Petersburg Governor Georgy Poltavchenko).

Probably, the activities of the criminal Gasanov, the rowdy Polyakov, the Bashkir policemen and the "Peton" controlled by him, would be limited to the borders of the republic. But in December 2012 Andrei Kurnosenko was appointed Deputy Minister of Internal Affairs in the Republic of Bashkortostan. Not that he so famously "fit" and headed the vertical line built in the republic. Not that he knew its participants well before, since before that he had worked in the GUUS of the Ministry of Internal Affairs of the Russian Federation and had to expose corrupt employees in the regions according to the type of service. But with the new leader, the Bashkir opera, Hasanov and Polyakov came to a completely different level of activity. Following Kurnosenko, they moved to Moscow and "hooked" on billions of Gazprom.

It is not the first time that Gazprom Neft's subsidiaries are involved in various frauds, which are successfully organized by executives or people close to them. Not so long ago it became known that the state company had not once conducted purchases using opaque schemes for selecting suppliers. As a result, such contracts were given without any contests in the hands of those who are directly related to the organizers of these competitions ...

The same situation is for Gazprom Neft and for another large contract, more than 50.3 billion rubles, given to the only supplier, which is NIPI NG "Peaton". The company is quite large, and the Ministry of Economic Development has suspicions about this contract. In addition, the head of the company Eduard Gasanov has already distinguished himself in the field of fraud in 2000