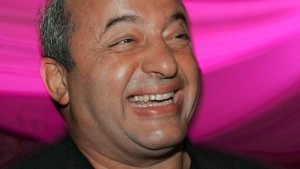 In 1980, he was convicted of robbery and sentenced to imprisonment for 9 years.

In 1989, together with business partner David Yakobashvili founded a car showroom "Trinity", which sold American cars. Co-founder of one of Russia's first casino, "Cherry", "Snowstorm" popular in the early 1990s nightclub.

In 1993 Yushvaev with partner David Yakobashvili and (who is married to the niece of Gabriel Yushvaeva) invested in the project Sergei Plastinin and Mikhail Dubinin bottling of juices at the Lianozovo Dairy Plant. So the company "Wimm-Bill-Dann" Yushvaev kobashvili and I became its shareholders has been created.

In the year 2011 "of PepsiCo" bought "Wimm-Bill-Dann" for $ 5.4 billion (the largest deal of the company outside of North America). Yushvayev received $ 1.1 billion for his share.

About the shadow of 2015 Yushvaev sold a 19.99% stake in Polyus Gold valued at $ 1.8 billion Said structures Kerimov, the son of Suleiman Kerimov.

In October 2015, along with a consortium of investors, including Access Industries, Leonard Blavatnik, invested $ 150 million in the biotechnological startup Humacyte.

With Master the rings of the restaurant "breeze" in Gorki-2 and "Wharf" restaurant in Zhukovka, which are included in the Novikov Group ArkadyNovikov.

He is vice-president of the World Congress of Mountain Jews.

Co-investor of a multifunctional complex "The Eye", which builds Capital Group Vladislav Doronin, Edward and Paul Those Berman (invested in the project $ 300 million.).

He is fond of sports and Caucasian dances.

He is married and has 7 children.

... on reaching adulthood he moved to Moscow, where he met with very bad company. At age 22, Yushvaev was convicted on a serious article "robbery" and disappeared for 9 long years behind barbed wire. There he received his second name - Garik Makhachkala, which, incidentally, he practically did not use at liberty. The young Caucasian Caucasian robber never happened to graduate from universities or institutes, but he still got a good school of life.

Entering the zone during Brezhnev's time, he left it in 1989 during the heyday of perestroika, which provided great opportunities for active and enterprising people.

Piquancy triumphant procession WBD added the fact that the owners in the prospectus of the issue honestly warned potential buyers: the guys, among our shareholders there is a former criminal. If you are embarrassed - do not buy. Pragmatism then outweighed the scruples, the incident was exhausted and Wim-Bill-Dann's shareholders turned out to be the first millionaires in Russia, whose money was crystal clear not only by domestic but also international standards. Yushvaev earned 16.4 million dollars.

Accused of extorting the shares of the mine, the head of the Kemerovo Investigation Department, Sergei Kalinkin, linked his criminal case to an attempt to "redivide the business in the region", he did not admit his guilt, Tass writes.

"I can say that I'm not even the object of this persecution. In the paddy wagon with me was driving [the founder of LLC "PTK" Ugol "] Alexander Schukin," Kalinkin told the Central District Court. "And we - I, investigators, deputy governor - is an attempt to create the appearance of our criminal group," he summed up.

In addition, Kalinkin said that Shchukin recently had a conflict with his "former business partner." According to Kalinkin, the former shareholder of Wimm-Bill-Dann, Gavriil Yushvaev, who was currently holding 19.9861% of the largest gold miner in Russia Polyus Gold, could be the organizer of the case.

"At the moment, loans, like an individual, are issued to this mine by a certain Mr. Yushvaev. For us, he was absolutely unknown, "Kalinkin said.

The criminal case against extortion of Sergei Kalinkin, head of the Kemerovo department of the RJC, Sergey Kriukov, deputy head of the second investigation department, senior investigator ArtemyShevelev, as well as deputy governors of Aman Tuleyev, Alexei Ivanov and Alexander Danilchenko, was opened by the Investigative Committee on Monday, November 14. According to investigators, they extorted from the controlling shareholder of "Cut" Inskoy "(At the time of the mine start-up of" Cut "Inskoy" "company controlled by Moscow businessmen David Yakobashvili and Gavril Yushvaevym - approx rucriminal.) Shares worth about 1 billion rubles. In addition, the head of the administrative department of the Kemerovo region administration Elena Troitskaya, the founder of LLC "PTK Ugol" Alexander Shchukin, his confidant Gennady Vernigor and other unidentified persons are the suspects in the case.

Yushvaev leads a very closed way of life, rarely appearing in public, and even more rarely communicating with journalists. His image is densely wrapped in a shadow. Always taut and energetic appearance indicates that sport is one of the most important places in his spare time. Close familiar businessman argue that the second hobby of a native from the North Caucasus was energetic national dances. At the end of this summer, his name fell into the columns of secular chronicles. The daughter of Betty married the capital businessman Murad Beniaminov. At the elegant wedding, guests were delighted by famous Russian pop performers - Leps, Basque and Glukoza. In everyday life, Gabriel Yushvaev is not inclined to denote his exclusivity and stardom. Somehow, having arrived with friends to rest on his dacha outside Moscow, he fed with his own cooked kebabs of all the builders finishing the finishing of the new building.

Last owner of such a giant as the Polyus Gold and partner David Yakobishvili of "Wimm-Bill-Dann" Gabriel Yushvaev was suddenly "tillage of all of Moscow." More precisely, the owner of business centers in the south of Moscow worth 3 billion rubles.

Ushvaev owns assets through companies under the children's names "Birch" and "Factory". But behind these names are two office giants with an area of ​​20.7 thousand square meters. M on BolshayaCheremushkinskaya street in the south-west of Moscow!

Last year, office giants were the property of the sewing association "Moscow", a certain dinosaur from Soviet times. This year the owner simply took and became Yushvaev.

It should be noted that Yushvaev has been actively expanding recently. For example, he took over as a co-investor complex "Eye" in "Moscow City" and is rumored to be a partner also "known in narrow circles" Paul Te ​​and his Capital Group.

Also, the cunning businessman Yushvaev had a part in the "Business Center on Rublyovka" in the village of Usovo in the Odintsovo District with an incredible area of ​​22.4 thousand square meters. M. And the building of NovyArbat, 21. There used to be the famous casino "Metelitsa", which by the way owned Yakobishvili.

There were also surprises, for example, in 2011 federal and Moscow authorities said that it was necessary to expand the capital and it turned out that, on the initiative of officials, an enclave near the rural settlement Uspenskoe between Novaya Rigoy and Uspenskoe Highway, in the floodplain of the Moscow River . And these lands were in the ownership of Yushvaev. The earth soared in price!

By the way, in the Yushvaevsky restaurant near Moscow "Veterok" there are often gang warfare. For example, they killed a field commander from Donetsk Yevgeny Zhilin. In 2015, Ukrainian security forces revealed the fact that Evgeni Zhilin had participated in the period from 2012 to 2014 in misappropriating more than 1 billion hryvnia through fictitious firms, including UAH 100 million in Kharkiv communal enterprises.

The local prosecutor's office started criminal proceedings on the fact of "complicity in appropriating the funds of the territorial community, committed by prior agreement with a group of persons (Part 5, Article 27, part 5 of Article 191 of the Criminal Code of Ukraine)." Zhilkin was put on the wanted list, but he was caught not by law enforcement agencies, but by his brothers. Next Article Gov. Committee of the Russian Federation described the main version of the murder - "business" and "personal enmity". And what else sorting in the "Wind" can be?

Yakobashvili and Yushvaev still have a joint business, primarily related to real estate and development. Back in the early 2000s, they began to buy up collective-farm lands on the Rublevo-Uspenskoe highway. They already had several farms in the area and several dozen hectares, derived from the status of agricultural land. In 2010, they bought a controlling stake in ZAO Agrocomplex Gorki-2 and, in fact, became the largest landlords in this direction. " Yushvaev is a very influential businessman on the Rublevo-Uspenskoe highway," emphasizes Penny Lane Realty CEO Georgy Dzagurov. He told the story of how one of the businessmen who planned to build a cottage settlement there, did not listen to Yushvaev and as a result could not agree on the project. The construction began only after Yushvaeva with this project came through other people. "Few people can influence the shape of the highway without his participation," the expert notes.

Partners at the businessman even on the same Rublevke it is a lot of. This local beau monde from Zhukovka (Ruslan Baysarov), Razdorov (Fyodor Bondarchuk), Nikolina Gory (ArkadyNovikov and Artem Mikhalkov). The main partner for Rublevke from Yakobashvili and Yushvaev is Timofey Klinovsky. It is he, as the interlocutors of "Ko" say, is engaged in their development projects in this area. Together they have several companies in the construction and real estate sector, the fish farm "Nars", the production base "Gorki-2" and two restaurants: "Veterok" in Gorki-2, opened with the direct participation of ArkadyNovikov (40%). And the youngest son of Nikita Mikhalkov Artem (10%), and "Berth" in Zhukovka, where Novikov has 50%.

Now in Spain, and Russian operatives are looking forward to the outcome of the investigation into the Yanbukhtin murder case. Will his immediate bosses, the leaders of Tagan's OPG, Igor Zhirnokleev and GrigoryRabinovich, be behind the bars? Or they will get away with it again. For examples, it is not necessary to go far. In 2009, the killers dealt with Andrei Bralyuk, deputy head of the legal department of the Moscow department store. It happened at a time when Rabinovich and Zhirnokleev conducted an operation to raider capture of the "Department store", and Bralyuk, as now Babylon, very much interfered with them. The murder was actually solved. There were even testimonies about the fact that with Bralyuk were disposed of by order of Zhirnokleev and Rabinovich. But they went unpunished. Its role was played not only by money, but also by the powerful patrons of the Tagan gang. Two of them are called in the "Spanish file". According to the documents, padrino (godfathers) Tagansky are the current deputy chairman of the Central Bank of Russia Alexander Torshin and authoritative billionaire Gabriel Yushvaev, better known in certain circles, as Garik Makhachkala. The first supervised the OPG through Alexander Romanov, and the second - through the banker Ilya Gavrilov.