After searches God Nisanov was replaced by the "authorities» 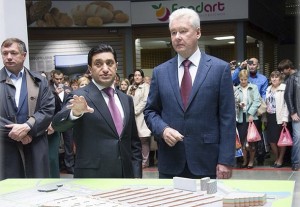 After searches in all its markets (shopping center "Moscow", "Gardener", "Food city") God Nisanov made the right conclusions. Therefore, the planned criminal cases on the organization of illegal migration and money laundering will not be born yet. According to sources Rucriminal.info, in a close circle Nisanov complains that large "got". Now he will have to participate in the capitalization of one Bank associated with the sports society "Dynamo". This is a new "public" load on Nisanov for the disgrace occurring in its markets. The number of such "social" loads Nisanov added every year, they eat billions. Before they somehow defended Ilham Rahimov, but it is the way Nisanov dispersed. The oligarch knows that sooner or later the amount of social stress will exceed its capabilities, so it actively prepares the way for retreat. To do this, his "right hand" for almost a year every day with the help of bitcoins out of the country for 3 million dollars. As a place for a quiet life Nisanov sees the United States. As for the crime situation in the markets, it will not change. To show the visibility of work in this direction, Nisanov in the shopping center "Moscow" just changed one "authority" to another.

According to sources Rucriminal.info the reason for the large-scale events at the sites of the God Nisanov was a mass brawl between Chechens and Azerbaijanis in the cafe "Neolithic". It turned out that on the one and on the other hand there were persons related to the shopping center "Moscow".  "Oil in the fire" was added by the fact that in South China, where the shopping center "Moscow" is located, in recent months, almost every day there are mass fights with shooting and stabbing. Often with victims. Is the inhabitants of TTS divided zones of influence with other gangs. And near "Moscow" there is a round-the-clock cafe "Samarkand-city" where authoritative inhabitants of shopping center gather. In this cafe every other day there are criminal events, carnage with shooting. Many similar incidents were widely covered in mass media that caused extreme irritation at Sergey Sobyanin.

As a result, it is with the shopping center "Moscow" security forces and began their activities. And then at the same time visited other objects Nisanov. The oligarch first solved the problem so that the light did not appear large criminal cases. And then he created the appearance of solving the problem that worried Sobyanin.

God Nisanov through the head of the security service built the whole mafia network in the markets. In particular, in the shopping center "Moscow" with sellers, loaders, etc. dealt with the "authority" of Khoja Sammat. All other Nisanov objects are under the control of another "authority" - Khoja Jabbor. Two mobsters are not terribly fond of each other and in constant conflict. Somehow, through the efforts of Sammat, the Russian citizenship of Jabbor was called into question and he was forced to leave Russia for a while. But then he returned and with the support of the security service Nisanov took up work with triple force.

According to Rucriminal.info after searches in the solution of the God Nisanov Hodja Sammut were expelled from the "Moscow" shopping center and placed under the control of Khoja Gabbara. Sobyanin was informed that the relevant work has been carried out and major incidents will not be repeated. Only here there is no doubt that the situation in the southeastern administrative area in reality will not change for the better. In the criminal world, Khoja Jabbor is considered a "authority" more "bloody" than Khoja Sammat. It is believed that his submission was abducted and killed a lot of workers of objects of Nisanov. Therefore, the seao in the near future will again constantly meet in the criminal Chronicles.