“Interest in the theft of VAT Mishustina M.V.” 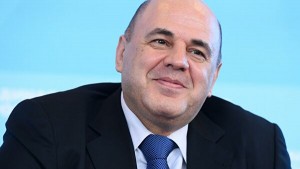 As it became known to Rucriminal.info, the career of the current Prime Minister Mikhail Mishustin could end with a scandal in 2011. This spring, employees of the Ministry of Internal Affairs and the Federal Security Service of the Russian Federation tried to come to grips with revealing schemes for illegal VAT refunds. Searches were carried out in the offices of a number of UFNS managers in Moscow. The operatives did not hide their interest in businessman Alexander Udodov- friend and confidant of Mikhail Mishustin. It was Udodov who was responsible for all schemes with VAT. However, quite quickly the general investigation was divided into many separate ones, which actually came to naught.

At the disposal of Rucriminal.info was a certificate from one of the special services of those times, which described in detail the situation that should have led, at least, to Mishustin’s resignation from the post of head of the Federal Tax Service of the Russian Federation, But he managed to get out and now is sitting in the prime minister’s chair.

In addition, the materials of this criminal case confirmed one of the main organizational roles in embezzling billions of VAT from the budget of the Russian Federation A. Udodova, I. Shevchenko, O. Chernichuk, M. Tretyakova, T. Tsareva.

The members of this group exert pressure on the investigation in the IC of Russia, using the available administrative and financial resources resulting from criminal activity.

The main motive for hiding his possible participation in VAT theft schemes for Mishustin and members of his “team” is the fact that in addition to reimbursing VAT for fictitious schemes through one-day firms, there are enterprises in the real sector of the economy for which the state is obliged to refund VAT for the goods they supply (work services). Despite this, this function is carried out by the team for a multi-billion dollar commission from hundreds of large enterprises. An example would be the Ostashkovsky Tannery, which carried out the theft of VAT on a particularly large scale in Mishustin-controlled Federal Tax Service Inspectorate No. 15, using the theft scheme proposed by the main member of the Mishustin team, Alexander Udodov, at the plant. A criminal case was opened on this fact, the investigation of which is being blocked in the IC of Russia. The indicated funds are withdrawn through controlled banks to their accounts abroad (currently, the Swiss Prosecutor's Office has opened a criminal case against Alexander Udodov and Galina Chateau managing his assets through the Granite Group company on the fact of money laundering through Swiss banks).