“You can bring Michael Friedman to bed” 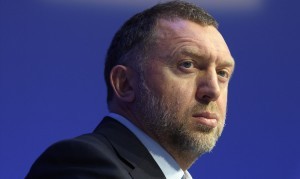 Lawyers of Oleg Deripaska are "brilliant." The oligarch is now suing the United States to be removed from the sanctions list, in which the oligarch was included for liaising with the Kremlin, acting in the interests of the Kremlin, and financing the inhabitants of the Kremlin. Deripaska is still losing with a bang. And in such a situation, Deripaska's lawyers file a lawsuit against the main whistleblower of the inhabitants of the Kremlin, Alexei Navalny. Themselves confirm the close ties of the oligarch with the Kremlin. A separate confirmation of these ties will be a victory in a Russian court more loyal to Deripaska than an American. The funny thing is that Deripaska sued for a phrase that, according to Rucriminal.info, is difficult to refute: “Deripaska’s business is that he receives some kind of government assistance all the time, conducts business very inefficiently, because he knows that he doesn’t care whether the state will roll back money or there will be cheap credit, or even irrevocable money that can be refinanced endlessly. ” But is that not so? At first it was support from the family of Boris Yeltsin, then from the current inhabitants of the Kremlin. Deripaska runs to the Kremlin for any reason. Including favor other businessmen. We are publishing a continuation of the story of how Deripaska wanted to put Mikhail Fridman through the Kremlin. Deripaska did not like the fact that Alfa-Bank (controlled by Friedman) files lawsuits against its structures for large amounts. And Deripaska went off the beaten path to complain to the Kremlin.

After Deripaska’s complaints to the Kremlin, the Investigative Committee (now the Investigative Department) of the Ministry of Internal Affairs of the Russian Federation began frantically looking for all the cases in which Friedman could be “hooked”.

As a result, in the spring of 2008, investigator of the Investigative Committee Pavel Zaitsev went to Mikhail Fridman to interrogate him in the case of money laundering through Sodbiznesbank. The Veltex company, whose sole founder was Mikhail Fridman, “lit up” in the case. During interrogation, Friedman explained the following: when in 2005 there was a question about buying a government cottage Sosnovka-3, he turned to Vsevolod Kusov, head of the legal service of Alfa-Bank, with a request to pick up one of the structures and clear it of any problems. As a result, the subordinate oligarch and proposed LLC Velteks. After the interrogation, Mikhail Fridman also felt that something was amiss. As a result, his business partner Pyotr Aven agreed to meet Friedman with Dmitry Medvedev (then President of the Russian Federation). At the same time, it was agreed that Mikhail Fridman should tell the president that all co-owners (shareholders) of Alfa Bank are a “single monolith”, they make common decisions, are responsible for the obligations undertaken by each of the owners. According to the source of Rucriminal.info, the key phrase should have been about “monolith”, which should emphasize that it is possible to negotiate with each of the owners of Alfa-Bank (read Aven), including the Kremlin, and its promises and assurances will be fully supported and implemented by other co-owners of the bank. According to our interlocutor, before that, Aven promised the Kremlin that Alfa-Bank would not wage any more “war” with Deripaska, etc. As Medvedev required. However, not only did Fridman not say these “magic words” about the “monolith of co-owners” at a meeting with Medvedev on March 18, he began to discuss with Medvedev absolutely his own topics, in particular the force and political pressure that he exerts in connection with the situation with Deripaska. As the source of Rucriminal.info notes, Friedman made it clear to Medvedev that all questions regarding Deripaska, as well as many other issues related to Alfa Bank, should be decided exclusively with him. For persuasiveness, immediately after the meeting, another lawsuit was filed with Deripaska’s structures. And the oligarch again began to complain to the Kremlin. The Kremlin was rather annoyed that Friedman did not say what he hoped to hear from him Medvedev (about the monolith of shareholders, etc.), but began to bend his line. Soon, the head of the Investigative Committee under the Ministry of Internal Affairs of the Russian Federation Anichin was sent wishes from the Kremlin. Anichin was informed that if his subordinates had collected enough evidence of Friedman's guilt, then they have the right to institute criminal proceedings. In fact, Anichin was given that it was time to initiate investigations personally against Mikhail Fridman.

Minister Nurgaliev, in turn, asked Anichin to prepare a certificate for him about all the cases that are in the UK, and where Alfa Bank appears.