What they want to put investigator Miniakhmetov for 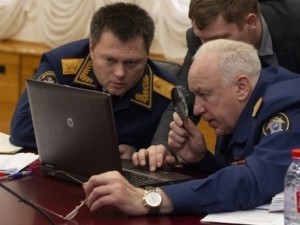 The Russian Investigative Committee released the investigator Ruslan Miniahmetov, who was detained the day before by the FSB of the Russian Federation on suspicion of receiving a bribe. On Saturday, he went not to the Basmanny Court for arrest, but to his home. The problem is that Deputy Prosecutor General Victor Grin canceled the decision to institute proceedings against Miniakhmetov. The head of the Investigative Committee, Alexander Bastrykin, appealed such a decision directly to the Prosecutor General Igor Krasnov, and he should answer on Sunday. The details of the bribe in question were found out by the telegram channel of the VChK-OGPU. According to the FSB of the Russian Federation, the “solver” Andrei Matus, whose case was conducted by the Investigative Committee, transferred to the investigator Ruslan Miniahmetov property in the form of money in the amount of 8,630,000 rubles and in the amount of 600,000 US dollars. For this money, Matus did not seize almost 20 apartments received by Matus as a result of fraud, but for himself he did not ask for a preventive measure in the form of detention. Rucriminal.info has found out new details of this criminal story. One of the victims in this case (led by Miniakhmetov and where the accused is Matus), the former 1st deputy head of Anapa, Svetlana Yarovaya, handed Matus for solving his problems with law enforcement agencies, 37 million rubles. After Matus was sentenced, she filed a lawsuit against him in a civil court to recover those same 37 million rubles. During the hearings, it turned out that Matus handed over to the investigator Miniakhmetov 8,630,000 rubles and 600,000 US dollars. This money was supposed to go towards providing damage to the victims - Yarovaya and the owner of the Freuda-S construction company. The latter gave Matus money and almost 20 apartments to solve problems with law enforcement. So, in a civil lawsuit it turned out that the investigator allegedly transferred this money to the accounting and financial planning department of the central office of the financial and economic department of the Main Directorate for Supporting the Activities of the Investigative Committee of the Russian Federation for depositing it into the personal account. The court ordered the TFR to transfer the amount for Yarovaya from this account. Only now there was no money on the account. Matus explained that in reality it was a bribe and Miniakhmetov kept the money for himself. As a result, Matus himself reimbursed Yarovaya only 30 thousand rubles. The topic of the money, as they say, was hushed up until the Office of the Federal Security Service of the Russian Federation became interested in it.

Rucriminal.info publishes extracts from a court ruling on money that explains a lot.

“At the same time, Matus A.D. I convinced Yarovaya that she could avoid these negative consequences only by transferring to him funds in the amount of 37,000,000 rubles, supposedly necessary for transferring to the employees of the Investigative Department of the Russian Investigative Committee for the Krasnodar Territory and the FSB Directorate of Russia for the Krasnodar Territory as compensation for termination in respect of her specified criminal case ...

January 16, 2018 by the Anapa City Court of the Krasnodar Territory in respect of Semenduev V. and Matus A.D. a guilty verdict was passed, they were sentenced to imprisonment, on May 4, 2018, the court sentence entered into legal force.

Her Yarovoy S.V. in connection with the above criminal acts Semendueva V.AND. and Matus A.D. material damage in the amount of 37,000,000 rubles was caused. Also, the criminal actions of the defendants caused her moral harm in the form of moral and physical suffering, expressed in continuing prolonged emotional stress, which is accompanied by frequent headaches, sleep disturbances, and high blood pressure.

Claims Yarovoy C. The. To Semenduevu V. AND. And Matus A. D. about compensation for harm caused by the crime, satisfy.

To foreclose on money Matus A. D., kept in the accounting and financial planning department of the central office of the financial and economic department of the Main Directorate for Support of the Investigative Committee of the Russian Federation and placed in the personal account. "