Bakov "ate" a hole worth 70 billion: Nikita Sergeevich is in a hurry to help 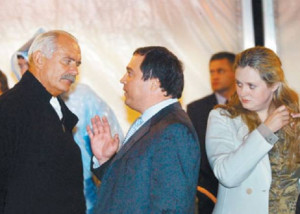 Three years after the transition of the former Tractor Plants into state ownership, the “details” of the work of the former owner begin to appear. The Concern's debt to VEB by 2018 exceeded 80 billion rubles, and the real prospect of a return is about 5 billion. Those. the hole exceeds 70 billion.

Who "ate" such a "hole"? Sources of Rucriminal.info, call the son-in-law of director Nikita Mikhalkov Albert Bakov, who in fact ruled the Tractor Plants Concern since 2006 and used a wide arsenal of schemes to withdraw state loans. The relevant authorities have already paid attention to a number of episodes with a total "cost" of about 1.5 billion rubles. 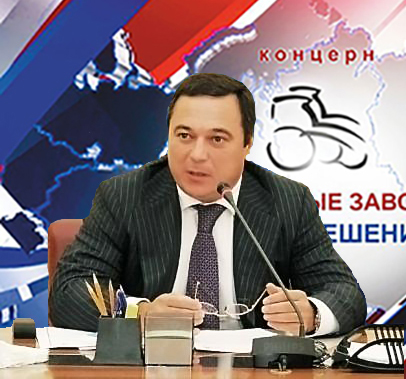 The first and classic scheme is “dead souls” and bogus services. Kurganmashzavod (the largest defense enterprise of the Concern) was supposedly paying for the management services of OOO KKU (despite the fact that the plant had its own full-fledged management). And he also made a separate division in Moscow, where he regularly paid inflated salaries to fictitious workers (in a similar scheme, for example, Rostec's top manager Alla Laletina recently got burned). Only in 2014-2017 and only Kurganmash withdrawn 620 million rubles. Other enterprises of the Concern had a similar practice.

The second scheme is cover deals with obviously unnecessary property. In 2013, Kurganmashzavod bought the crumbling buildings in the Krasnoyarsk Territory from IK Active LLC (99.9% owned by a company from the British Virgin Islands) for 410.5 million rubles.

The "Slavyanka" hotel was first sold by the defense "Kurganmashzavod", having received in the form of payment bonds of an LLC with a capital of 2.6 million rubles. And then - he bought the same hotel back from our familiar IC "Active", having already paid five times more (about 115 million rubles) in "real money".

The third scheme is the withdrawal of money through the purchase of shares. From the turnover of "Kurganmashzavod" and "SKB Mashinostroeniya" (also part of the Tractor Plants group), 316 million rubles were withdrawn through loans and other agreements. The money was then sent to intermediaries who represented the interests of the owners of the Concern in exchange for a minority stake in Kurganmashzavod.

That is, before Bakov's deals, the associates owned this minority stake in Kurganmash through an intermediary, and after the deals they also continued to own it, only now through another legal entity. And as a bonus, they got themselves 316 million rubles. And all this was checked without assessing the real value of the shares.

According to a Rucriminal.info source, given the "hole" from which Bakov handed over "Tractor Plants" to the state, the above stories are just the tip of the iceberg. Such tricks of the unlucky Bakov force his eminent father-in-law Nikita Mikhalkov to turn on his resource over and over again in order to save Bakov from landing, and thereby question his well-deserved reputation. But there’s nothing to be done: just as parents protect their children to the last, so Nikita Sergeevich is forced to suffer with his son-in-law.