"King of Sports" in the palace of marble and volcanic stone 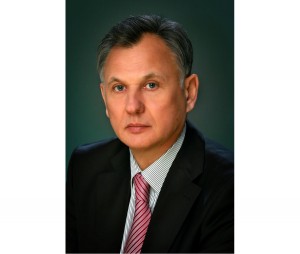 In the summer of 2019, the President-Service Federal State Unitary Enterprise Presidential Administration published agreements on accommodation of employees of the head of state’s administration, government apparatus and the State Courier Service (SFS) in hotels of Krasnoyarsk during the Universiade. It followed from them that one of the largest expenses for staying in Krasnoyarsk was spent on employees of the Department for Supporting the Activities of the State Council - deputy chief Alexei Kulakovsky and chief adviser Dmitry Snytkin, as well as the head of the office of the presidential aide, Marat Filipikov. Sources of Rucriminal.info advised to pay attention to Alexei Kulakovsky, whose position correctly sounds like this: Deputy Head of the Office of the President for Support of the State Council (Secretary of the Council). We conducted an investigation for six months and found out a lot of interesting things. Unknown to the general public, Kulakovsky, as it turned out, is the “gray cardinal” under Vitaly Mutko, one of the largest decision makers in the Kremlin, and his son Julian “sit” on the flows of billions of budget funds. In several parts we will publish our investigation. Alexei Viktorovich Kulakovsky was born in 1954 in the city of Zheleznovodsk, Stavropol Territory. After leaving school, his parents managed to attach him to the V.V. Kuybyshev Moscow Civil Engineering Institute, which he graduated with a degree in civil engineering. Upon leaving the university, Alex returned to his native Stavropol Territory, where he worked first in the construction and installation department, then in the system of the USSR Ministry of Environment, in particular, the Almaz enterprise (Lermontov). With the beginning of perestroika, he (without leaving official work) joined the cooperative movement. Alexei Kulakovsky “caught” his “bird of happiness” in 1990. Then Boris Yeltsin was elected chairman of the Supreme Council of the RSFSR, after which he decided to improve his health in Kislovodsk. The Stavropol Territory was the patrimony of the then head of the USSR Mikhail Gorbachev (enemy of Yeltsin), therefore, to put it mildly, they were not happy about the appearance of a guest from Moscow. Rather, there they simply did not notice the arrival of Yeltsin - neither a motorcade, nor those who met. No reaction at all. And then, a man with a distinctive southern accent “appeared” before Yeltsin, who introduced himself as his ardent supporter, democrat, and entrepreneur. This was Alexei Kulakovsky, who in reality was a member of the CPSU and an employee of the state enterprise. The money earned through cooperation allowed Alexei to arrange a “royal” reception for Yeltsin. A personal limousine, the best restaurants and long feasts, between which Kulakovsky took the chairman of the Supreme Council to the local herbalist Grigory Semeyko and other healers. Yeltsin left Kislovodsk very pleased, and a year later he became the first president of Russia. In this position, Boris Nikolayevich remembered the “friend Lesha”, who during the feasts told how he could “raise” the resorts of the Stavropol Territory and make them a “sweetie”. As a result, in 1991, Yeltsin appointed Kulakovsky the representative of the President of the Russian Federation in the Stavropol Territory. And then he just presented him with Caucasian Mineral Water (CMS). With the filing of Kulakovsky, in 1992, Boris Yeltsin signed a decree on the creation of the administration of the resort region of the Caucasian Mineral Waters, which was headed by our hero. Moreover, KVM has actually become a separate entity on the territory of the Russian Federation, which was subordinate only to the president, and even that is very conditional. So, by order of Yeltsin, the Kavminvody as a specially protected region received targeted federal funding. Kulakovsky lobbied for the adoption of the “tax credit” program, under which the CMS did not transfer taxes to the federal center, but kept them at home.

Autonomous state institutions appeared in the Kavminvody - the court of general jurisdiction, the tax inspectorate, the Internal Affairs Directorate, the FSB department and the environmental prosecutor’s office, etc. In fact, Kulakovsky became the “king” (or president, as you like) of the CMS with its police, investigation, courts, etc. And most importantly, with all the money received by the CMS administration, both in the autonomy itself and directly from the federal center.

How Kulakovsky managed these funds can be understood from one of his first decisions, which is at the disposal of Rucriminal.info. As his residence, Alexey chose a 1950s building made of volcanic stone, located in the center of Essentuki on Vokzalnaya Street. By order of the head of the CMS, on budgetary funds, the entire building from the outside and from the inside was completely lined with expensive marble. As a result, the building was called the Kulakovsky Marble Palace. Then, for many decades, there was a real “war” between the various departments for the right to occupy the chic palace. Both the prosecutor's office and the arbitration court of the second instance claimed for it.

Kulakovsky was remembered in the CMS and very strange undertakings. In particular, in 1993 he issued a decree

about the reduction of the mechanical population growth of the Cavminvod. The resolution prohibited the registration of nonresident citizens on the territory of the eco-resort region, allocation of land to them, sale of houses and other real estate.

Under Kulakovsky, the CMS became the real patrimony of criminal groups of various kinds. Almost daily in the Kavminvody, there were killings of members of various organized crime groups and not one of them was disclosed. As a result, the prosecutor of the Stavropol Territory Yuri Lushnikov openly began to declare corruption as the heads of the internal affairs agencies of the CMS and the employees of the administration of the Caucasian Mineral Waters. He appealed to the Southern Regional Organized Crime Directorate with the proposal to create an operational investigative brigade that would investigate the "war for narcotics sources."

As a result, an investigator and investigators managed to find out that during the “showdown” 33 people were killed for CMS objects, 18 were seriously injured, and more than thirty were missing. The leaders of the most powerful Kavminvod group, Gennady Novosardyan (Geno) and Armen Karakozyan, were taken into custody. According to sources at Rucriminal.info, Kulakovsky’s surname more than once “surfaced” in the case file. As it was established during the investigation, with the assistance of the CMS administration, the Geno and Karakozyanov group took control of the Pyatigorsk wholesale market, Pyatigorsk Upper Market, local wineries, earthenware and china business, controlled the supply of oil and oil products to the region, etc. On the personal initiative of Alexei Kulakovsky, a branch of the capital's company Golden Palace was opened in the Pyatigorsk hotel Intourist. Several companies took part in the project, including American ones. The company included a restaurant, casino and bar, its director general was Vanik Krakozyan (one of the leaders of the organized crime group), and Geno became the general manager. From the very beginning, the new company began to conduct widely advertised charity events, various presentations (regular guests of which were employees of power structures and law enforcement agencies of CMS). At the same time, the company did not receive a license for foreign exchange operations, although the casino played mainly in dollars. The audit revealed the presence of a “black” foreign exchange office, of which taxes, of course, were not received by the treasury. Nevertheless, the administration and management of the prosecutor's office in Caucasian Mineralnye Vody ignored the audit data.