Why does Russian Railways need a railway in Indonesia 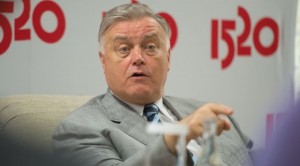 Miracles happen when the Rotenbergs get down to business. Former head of the procurement group of the DKRS of JSC Russian Railways, top manager of the 1520 Group of Companies (the largest contractor of Russian Railways) Vladimir Volkov hid from the investigation in Indonesia for two years. He was hiding from a whole series of criminal cases and pre-investigation checks on the theft of Russian Railways funds. In particular, he was implicated in the scandal with the buyout of garages, which interfered with the construction of the Moscow Central Ring (MCC). According to sources of Rucriminal.info, it was not by chance that he sat out in Indonesia. Volkov's "star" in Russian Railways "ascended" when the state-owned company was headed by Vladimir Yakunin. Sources say that he and his family have long sought opportunities for a quiet and rich life in the West and invested large sums outside of Russia. So, he may own coal mines in Indonesia, which, however, are very far from transport hubs and there are big problems with logistics. What did Russian Railways do during the Yakunin era? RZD's subsidiary, RZD Stroy, has bought from the Indonesian Eurasia Infrastructure 50% plus one share in Kalimantan Rail, which is implementing a project to build an electrified railway between the provinces of Central Kalimantan and East Kalimantan. The 300 km long road should link the coal deposits with the offshore coal terminal. The construction was delayed and is still going on. And when two years ago the law enforcement authorities became interested in Volkov, he left them far away to Indonesia. At the construction site of the railway to the Yakunin mines. But recently the situation has changed dramatically. Another top manager and part-time nominal co-owner of 1520, Aleksey Krapivin, asked the real owners of the Rotenberg Group of Companies to make sure that Volkov could return to Russia and there was nothing for it. And now Volkov is already in Moscow dealing with issues 1520. According to the telegram channel VChK-OGPU, at one time, the TFR was going to arrest Krapivin in the case of giving bribes to Colonel Dmitry Zakharchenko. He hid for only a week and the Rotenbergs quickly solved this problem. Since then, Krapivin has been virtually untouchable. Here, in the case of laundering billions of dollars (including Russian Railways funds) through the Laundromat, they testified against Krapivin. And nobody is interested in them.

The testimony of the accused in the "Landromat case" (conducted by the Ministry of Internal Affairs, operational support of the FSB) formed the basis of the TFR case on embezzlement of Russian Railways funds. Among those who were named as defendants was Alexei Krapivin, the top manager of the Rotenbergs in projects related to Russian Railways. In particular, banker Oleg Kuzmin, who entered into a deal with the investigation, testified that the following took part in the withdrawal of funds by Russian Railways through the Laundromat: “Mendeleev S.V. (owner of Stolichny Torgovy Bank, InvestBank and Investtorgbank) and his close partner Stankevich I.A., as well as the owners of the 1520 group of companies (the main contractor of Russian Railways) B.E. Usherovich, Krapivin AA ".

And here are excerpts from the very case of the theft of Russian Railways funds and their laundering through the Laundromat, which are at the disposal of Rucriminal.info.

One of the major clients created by Plato, Plahotniuc V.G. and other persons of the international criminal community (criminal organization) for the withdrawal of funds from the Russian Federation was a group of companies directly related to the fulfillment of state orders in the field of construction, reconstruction and maintenance of the infrastructure of JSC Russian Railways (hereinafter referred to as JSC Russian Railways ). Employees and managers of this group accumulated part of the proceeds from the fulfillment of government orders, which, bypassing Russian legislation and regulatory authorities, were planned to be withdrawn to the accounts of foreign companies controlled by them in foreign credit institutions. For this purpose, the specified persons no later than June 28, 2013. in Moscow turned to their business partner Renato Georgievich Usaty…. Usatii R.G., guided by personal selfish motives, possessing high communication skills, cunning, prudence, pursuing the goal of gaining authority in the financial and political circles of the Republic of Moldova and subsequent promotion of his political ambitions in this state, as well as increasing his welfare, voluntarily entered into a conspiracy with the head of the international criminal community (criminal organization) ...., attracted as clients of the criminal scheme the above group of companies that are directly related to the activities of Russian Railways "...