How the general drove to thieves in law $ 10 million

Half, as is usual in the Ministry of Internal Affairs, he pocketed on the way 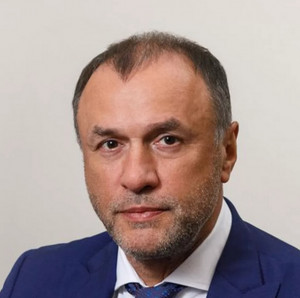 Rucrimianl.info continues to talk about the former deputy head of the GUSB, the former head of the MIA General Administration for the Central Federal District, and now a member of the Board of Directors of the VIS Group, Sergei Derevyanko, in respect of whom it began an audit at the request of businessman Valentin Vinogradov. In it, the entrepreneur says that since 2008, Derevianko received bribes from businessman Shifrin in money, land and cottages on Rublevka, etc. After going out to civilian life, Derevyanko became an intermediary between Shifrin and the security forces, as well as the mafiosi, with whom, as it turns out, he also closely communicates. Somehow Derevyanko allocated $ 10 million for transfer to "thieves in law", of which only $ 5 million reached the thieves, and the rest was kept by Derevyanko. Testimony is not just words. They are confirmed by the former head of the Shifrina Security Service Vasily Yordan and his employee Kvashuk. The first not only witnessed the payment of money to the general, but also recorded a number of such meetings on camera. These records have been transferred to the TFR.

“Starting around 2010, Shifrin EV transferred all the funds of Derevyanko SS exclusively through the head of the security service, Yordan Vasily. Using his connections in law enforcement agencies Derevianko S.S. Provides services to Shifrin for the initiation of custom-made criminal cases, wiretapping the right people, bringing Shifrin EV with the right people. For the convenience of work, in 2015, Derevianko SS assigned to Shifrin EV to work, as the head of the security service, Yakovlev Igor Alexandrovich. Yakovlev IA is a trustee of Derevyanko SS and decides on the transfer of funds to persons in charge of criminal cases in the Main Investigation Department of Moscow. Yakovlev IA is a former employee of the FSB for the protection of the subway. Using his connections, Yakovlev IA renders all possible assistance to Shifrin in attracting corrupt officials from the Ministry of Internal Affairs and the FSB to solving problems. Yakovlev IA has information on the amounts and addressees of funds transferred by Shifrin on a monthly basis to the FSB and the Ministry of Internal Affairs.

In June 2016, Vasily Yordan gave evidence to the Monastyrsky, Zyuba and Partners Law Office, in which he detailed his participation in the transfer of funds to Derevyanko SS, as well as to other business partners of Shifrina EV. I attach a copy of these testimonies to this application.

In October 2017, the general director of Shifrina EV LLC Millennium Property Management Petrov Alexander Lvovich sent a copy of the testimony of Yordan Vasily to the Investigative Committee of the Russian Federation with a statement to check whether Shifrin EV committed corruption crimes, as well as the facts of tax and financial crimes Shifrin EV.

As revenge, Shifrin EV and Derevianko SS organized the initiation of a criminal case against Petrov AL through an old acquaintance of Derevyanko SS - Agafyeva N.I., who was a subordinate of Derevianko SS when Derevyanko SS received bribes from Shifrin EV on a regular basis. Agafieva N.I., being the head of the Main Investigation Department in Moscow, knowingly aware of the innocence of Petrov AL, instructed her subordinate, Yakovlev I, to organize and fabricate materials of criminal cases in such a way that they did not include the facts of tax and financial crimes committed by Shifrin EV. On behalf of I. Yakovlev, investigator Milyutin and his head Grishin falsified the materials of the criminal case in such a way that all the facts of illegal VAT refunds by Shifrin EV companies were disavowed and removed from the materials of the criminal case.

After Shifrin EV learned about these testimonies, he immediately took action to find Vasily Yordan, who had quit by that time, offered him a salary of 350 thousand rubles a month and promised to donate an apartment in ZhK Lobachevsky, (Lobachevsky 118), where Shifrin EV is a 50% shareholder together with AFK Sistema. As I was later told by Kvashuk Serey, who is on friendly terms with Yordan V., Shifrin EV, forced Yordan Vasily to write a statement to refuse this testimony. However, all the facts stated by Yordan V in his testimony can be confirmed by other employees of the company, including the bodyguards of Shifrin EV. Thus, Shifrin EV committed bribery of the witness of crimes Yordan V.I., in order to avoid criminal liability. According to V.I. Jordan, he was taken to a high office in the Ministry of Internal Affairs, where he was "offered" to write a refusal of his testimony. This fact testifies to the complicity in the crimes of high officials of the Ministry of Internal Affairs of the Russian Federation.

Shifrin EV bribed Yordan V by providing him with a monthly payment in the amount of 350 thousand rubles, as well as the promise of a rental in the Lobachevsky residential complex. Testimony on the corruption activities of Shifrin EV, which Yordan gave to lawyers, he gave voluntarily and told the truth.

Sergey Kvashuk performed the formal work of an administrator in the office. However, the main and more important part of his work was cash management on the turnover of funds in the office for the needs of the company and Shifrina EV. Kvashuk S has preserved handwritten records of all Shifrin EV's expenses, sms from Shifrin EV indicating that money was given to Yordanau Vasily and other cash transactions. It is Kvashuk Sergey who must have information about the actual dates and amounts of money transferred by Jordan to Derevyanko SS, since the money that Yordan Vasily delivered to the addressees of Shifrin EV was prepared and issued directly by Kvashuk SI.

As an example, it was Kvashuk S who prepared $ 10 million for the transfer of Derevyanko SS during the showdown with thieves in law (the history of Rucriminal.info will be detailed in the next publication). Of the $ 10 million, only $ 5 million went to the thieves, and the rest remained with Derevianko SS. Kvashuk S and Yordan V were in a very close relationship and Yordan V told Kvashuk S all the details of his work and personal life of Shifrina EV.

Subsequently, Shifrin EV paid another $ 2 million to General Derevyanko SS as a fee for helping to resolve differences with thieves in law. "