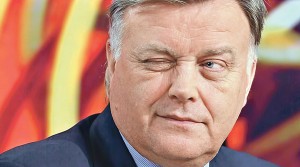 Co-owner of the largest contractor of Russian Railways company "1520" Valery Markelov filed an application for a desire to conclude a deal with the investigation. The businessman was arrested in the fall of 2018 in the framework of the case about bribery Colonel Guebipk of the MIA of the Russian Federation Dmitry Zakharchenko. In his testimony Markelov, according to Rucriminal.info said that personally Vladimir Yakunin, when the head of Russian Railways, received a huge amount of contracts with RZD. To prove this, according to the newspaper, investigators do not have to do a lot of work, it is enough to raise the materials about the attempt on the banker Alexander Antonov. He suffered because of the missing annual bonus Yakunin. rucriminal.info it became known as the ex-the head of Russian Railways has responded to all the recent events.

That with contracts for tens, and sometimes, and hundreds of billions of rubles received by" 1520 "from Russian Railways not all "purely" was obvious and not to experts. After all, the main co-owner of "1520" was Andrey Krapivin, who until his death in 2015 held the position of adviser on banking issues of the head of Russian Railways Vladimir Yakunin. After the death of Andrei Krapivin, his son Alexey took his place among the shareholders of "1520". However, he already was not the main boss, as father. Those were other co - owners of "1520" - Valery Markelov and Boris Usherovich.

While actively promoting the leadership of the Russian Railways Yakunin times, "1520" got service enterprises railroads, product suppliers, that it was simply impossible to remove from the "chain" of the normal functioning of the Railways. And the number of such enterprises "1520" is constantly growing, and with them growing and the amount of contracts. Moreover, it was such amounts that annually allowed to shift into the pockets of billions, if not tens of billions of rubles.

Through the Ministry of interior of the Russian Federation the theft was covered just Colonel Dmitry Zakharchenko. He was a " tough nut to crack "and interrogated for the time being did not give up their"customers". The Colonel broke when there was a question of his one of the most favourite wives (and them at Zakharchenko at the same time was pieces five) - Marina Semynina. According to rucriminal.info when she decided to travel to the United States (where Zakharchenko had to withdraw part of their capital), she is on the border "accidentally" ruined a passport. And a new girl, again purely "accidentally", simply could not get, because the relevant departments each time found a reason for refusal. In exchange for leaving Semennoi General daughter in USA, Zakharchenko and handed over all participants of the "1520" and also spoke about his famous Affairs of businessmen.

As a result, Valery Markelov was arrested for bribery Zakharchenko - so the investigation regarded the salary received by the Colonel for the cover of "1520". And Markelov also decided not to be silent. According to sources rucriminal.info, he filed an application for the conclusion of a pre-trial agreement, under which he undertakes to tell about the fact that Vladimir Yakunin for the protection of "1520" and providing it with giant contracts, received 1 billion rubles annually.

To verify this information, the banker Vladimir Antonov, who is under house arrest on charges of theft from the Bank "Soviet" and another banker-prisoner Peter Chuvilin has already been questioned. And questioned them not by accident. The fact is that sources believe rucriminal.info, at the time, Vladimir Antonov and his father Alexander was made a semi-bandit hit-and-run because of the missing "shadow" money Yakunin. Alexander Antonov even altered attempt. And one of participants "arrival" was Pyotr Chuvilin.

At the time, Vladimir and Alexander Antonov sold to bankers Peter Chuvilin and German Gorbuntsov "Konversbank-Moscow", which was immediately renamed the "Capital trade Bank" (STB). Antonovs, Chuvilin, Gorbuntsov at this time were a group of like-minded people engaged in "cashing out", laundering, transportation of huge sums abroad. Including money that received "1520" from Russian Railways. Power line safety is ensured by our friend Dmitry Zakharchenko. As assure sources of rucriminal.info, these same bankers sometimes kept part of the shadow funds Yakunin. Rather, he such "trifles" was not engaged, for all the financial questions answered trusted Advisor Krapivin.

So Chuvilin and Gorbuntsov together with STB, were the holders of $ 1 billion - the shadow of the offices of the then head of Russian Railways. When in 2008 it was decided to take away this billion from STB, it became clear that the Bank is not able to pay the specified amount. The situation was extremely serious. As a result, after long negotiations, the bankers made a written commitment to pay the entire amount, distributing the debt as follows: Chuvilin and Gorbuntsov undertook to pay $ 500 million, their long-term partner Evgeny Dvoskin- $ 300 million, and Sergei Mendeleev - $200 million.  However, after some discussion, the businessmen decided that joint and several liability with them should be held and Antonov, who, as stated, Chuvilin, Gorbuntsov and To., even before the sale of "STB" borrowed money from the head of Russian Railways about $200 million.

Father and son refused to pay. After that on the father and the son threats fell down. And when they don't work, bullets whistled. 1 Mar 2009 the killer from the car opened fire Alexander Antonov on Raspletin street. The banker and his bodyguard Alexander Komarov were wounded, but survived.

If investigators connect all these stories, and even bring them to Yakunin, there will be a real "bomb". But it is doubtful that this will happen. This is evident from the behavior of the former head of Russian Railways.

Source rucriminal.info said that when Yakunin, a close friend asked his reaction to the arrest Markelov, he calmly replied, "Yes, for me it is, as the dust from the shoes came off". 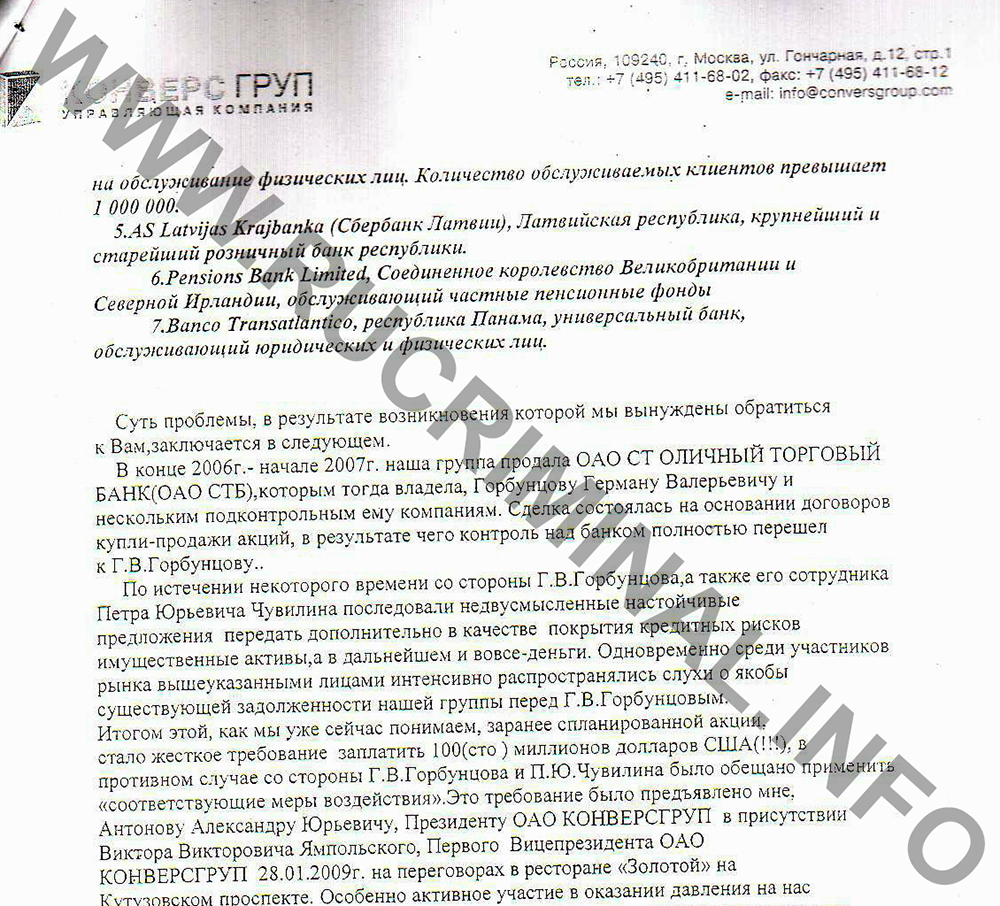 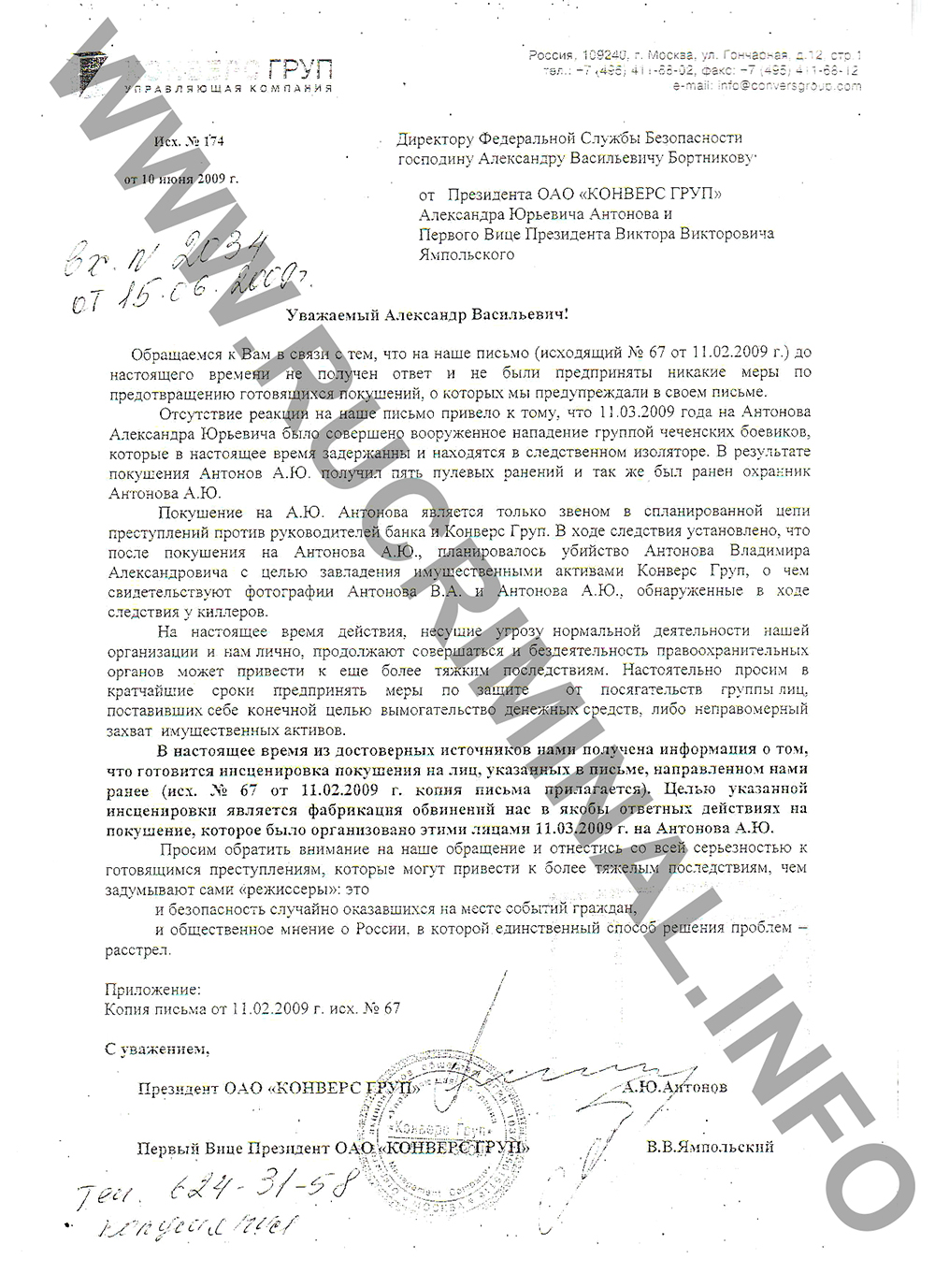