The Deputy of state Duma Zelimhan Mutsoev and the "of thieves» 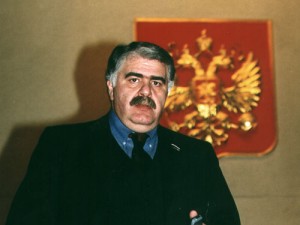 It is unfortunate that, when the head of the RCDS Alexander Bastrykin and Prosecutor General Yury Chaika with the FSB of the Russian Federation came to the hall of the Council of the Federation, Senator Rauf Arashukov, the stream was stopped. It would be interesting to see the faces of other senators in close-up, when it was not yet known which of them would be taken away in handcuffs. I think the audience would have seen a better " silent scene "than in any production of"Inspector". And if this group of security forces to send to the state Duma, how to believe rucriminal.info, a certain part of deputies will run to an exit. If we clean up the power structure of criminals, really. In this post we will talk about the crane interesting MPs – Mutsoeva the Zelimkhan Alikewise.

It is known that he is a billionaire, but it is difficult to understand how he made a giant fortune at an early stage. Only here sewed jackets and soon the owner of the plants. It can be assumed that Mutsoev had significant partners in certain circles. Let us turn to the video of the magnificent celebration of the birthday of the "criminal General" Rudolf Oganov (Rudik Baku), which took place on December 15, 1997. On the frames you can often see a gray-haired man with a lush mustache, to which the Mafiosi are treated with great respect, as an equal.

Here is a moustache enters the room, shakes hands with Rudy, hugging and kissing him (video single-06.12-06.50), it is carried to the table where he welcomed other mafia men exchanged kisses with the "thief in law" Mamuka Mikeladze (06.38). Longer the operator removes as guests of honor sweet talking with neighbours in the table-entirely by gangsters. (07.38-08.02).

This man with a little graying hair and a lush mustache can be seen at the table with the most honored guests, which constantly sits down and the birthday Rudolf Oganov. Next to the moustache are all the closest friends of rudica- "thieves in law" Dzhemal and Mamuka Mikeladze (Dzhemo and Mamuka), Roman Jafarov (Romik), Gordeladze Givi (Givi), farizan of Nodar (Nono), etc. (video two - from 0.00 to 0.08). From the behavior of the mustachioed man can be seen that he Oganov and other mafia, such as his own, as well as all those present in the hall "thieves in law".  Barbel very happy, hugs with Rudy and the guests, raises his glass, loudly popping the toast, "For Rudolf Sergeyevich, godfather!".

Closer to the end of the holiday "thieves in law" are started in incendiary Caucasian dances to the song "the share of thieves". And then their dance joins the mustachioed guest that walks in a circle under the arm with Rudy, Vladimir Oganov (Hcicos six-fingered), Revaz Tsitsishvili (Tsitska), brothers Mikeladze, Nono (video three 07.11 to 07.48). In this round dance all only "thieves in law" and, of course, you can decide that the moustache is also a prominent mafia. But no. According to Rucriminal.info "this is our main character - the current state Duma Deputy from United Russia Zelimkhan mutsoyev.

Rudolf Oganov was killed shortly after his birthday. He died in a fight with his main enemy "thief in law" Aslan Usoyan (Grandfather Hassan). Aslan Usoyan was shot by a killer in 2013. In complicity in its elimination is suspected "thief in law" (now his status is suspended) Jemal Mikeladze (Jemo), who is at the same table with Mutsoev.

In place of Grandfather Hassan came another "thief in law №1" - Kurd Zahar Kalashov (Shakro young). Its headquarters was the building of the former Golden Palace casino. This gambling establishment since the 90s under the control of this "thief in law". And here is a photo of Zelimkhan Mutsoev (also Kurd) together with the President of the Association of gambling figures, Vice-President of the Assyrian League of Russia Igor Ballo for the opening of Ashur Golden Palace casino in Iraqi Kurdistan. Shakro Young has always supported the Iraqi Kurds, both with money and entertainment facilities.

It is worth noting that this connection Zelimkhan Mutsoeva with the mafia does not end there. It turns out that in 1998 the brother of the Deputy – sec (Mori) amerhan Alikovich listed in the databases of the interior Ministry, as a "thief in law". I wonder how would the sec have responded to the emergence in the hall of the state Duma Bastrykin and Chaika?