As Arashukova saved from murder Shebzukhova 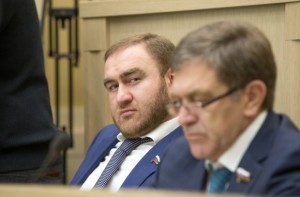 In a recent publication Rucriminal.info led indications Rustam Kopsergenov, who organized the attack on Prale Shebzukhova. "Order" for this crime he received from Rauf Arashukov, the Senator personally paid for the attack. Testimony to Rauf Arashukov kopsergenov gave back in December 2017, then the case was in the production of SU TFR on the KCR. It would seem that the investigators had to actively engage the Senator, go to the RF SF through the Prosecutor General's office. However, the Deputy head of SU SKR on KCR was Kazbek Bulatov-Arashukov's friend and reliable cover in the line of the investigation. In a new article we explain how Bulatov "otmazyvatsya" Arashukova.

To start Kopsergenov under the false pretext attempted to take the jail in the district of Khabez in the patrimony of the family Areshkovich. What would be further known. According to Rucriminal.info, Kopsergenova there had to force to refuse indications on the Senator. And if it did not help, he could have suddenly committed "suicide". The operative of the Ministry of internal Affairs on skfo with great difficulty managed to" discourage " Kopsergenov from sending to habez.

Then Bulatov came up with another move. Under his strict guidance, investigators made Kopsergenov the only organizer of the attack on Shebzukhov. Since he had no motives, they came up with the idea that Rustam did it to please Arashukov. Further, according to Bulatov's plan, all materials where Arashukov is mentioned would be allocated in separate production and they would be "lost"somewhere. Fortunately, the Prosecutor's office didn't pass similar indictment in court.

Rucriminal.info publishes materials that are "concocted" on the instructions Bulatov, from which it is seen how the "off" Rauf Arashukov.

So, in the spring of 2010 kopsergenov R. M., knowing that the head of the administration of the Khabez district of the KCR Arashukov R. R. is a financially secure person, actively participates in the political life of the Republic, has a wide range of communication with other high-ranking and financially secure citizens, decided to get acquainted with Arashukov R. R. in order to achieve a close relationship of trust with him, " the resolution on bringing Kopsergenov to justice, which has Rucriminal.info ahhh!

"To this end, kopsergenov, believing that Arashukov R. R. and Shebzukhov at the same time prtenduyut to the post of Prime Minister of the KCR, in the imaginary favor of Arashukov R. R., from the falsely understood political interests of the latter, decided as a way to achieve a close relationship of trust with him to eliminate his alleged political competitor – Shebzukhov, committing his murder, while the political enmity between these persons actually was not.

Realizing his criminal intent to kill Shebzukhov, kopsergenov in early may 2010...in the city of Cherkessk .. of particular interest, namely the opportunity in this way to achieve a close relationship of trust with Arashukova R. R., and subsequently improve their financial situation and to receive additional benefits, including the increase in its face the authority, ostensibly for the sake of it, began to persuade Kosterova the organization of the attack and murder Shebzukhova...for a reward in the amount of 500 thousand rubles".

Further in the resolution in detail describes how there was an organization and realization of murder of Shebzukhov.

So clumsy Bulatov took Arashukova from accusations of murder. Like, kopsergenov one decided to kill Shebzukhova, to make a nice Arashukova, hoping to begin to receive from him the different benefits.

This happened in February 2018. A little less than a year before Rauf Arashukov was arrested, including on charges of the massacre of Shebzukhov. However, it was possible to move the investigation from the dead point when the case was taken by the Investigative Committee of the Russian Federation. 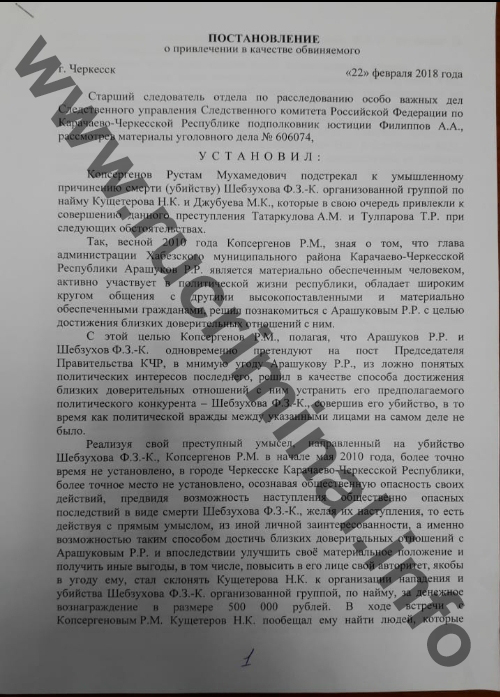 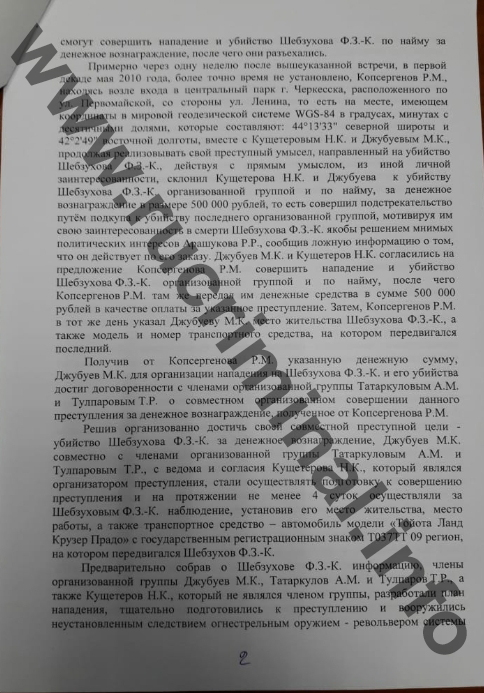