Power mafia got to the presidential administration

“Prepare another $ 300 thousand for Andrei Nekrasov and Konstantin Kremnev” 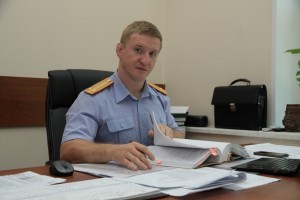 The story, about which Rucriminal.info spoke a few days ago, acquired a completely unexpected turn. Sources said that now the facts are already being checked by the Prosecutor General, since the materials refer to the Deputy Prosecutor of Moscow Konstantin Kremnev. They carefully study the information in the presidential administration. It turned out that another “hero” of the events described - the former head of the Siberian Autonomous District in the Central Administrative Okrug on the Central Administrative Board of the Investigative Committee in Moscow Andrei Nekrasov — now works in the legal department of the RF AP. Recall that the chief physician of the Moscow polyclinic No. 129 Alexei Boriskin was detained during a provocation of police officers in the CAO. He was charged with taking a bribe (Article 290 of the Criminal Code of the Russian Federation). A family friend Leonid Gershanov introduced Borskin to the “solvers” Konstantin Marchenko and Kirill Sheykhametov. As a result, Borisenko began to “pull out” large sums to solve his problems with law enforcement agencies. According to the collected materials, the lion's share of the funds could go to the Moscow Deputy Prosecutor Konstantin Kremnev (then he was the prosecutor of the CAO) and the AP of the Russian Federation Andrei Nekrasov (then headed the JI for the CAO GSU SKR in Moscow). Kirill Sheykhametov is the son of Oleg Sheykhametov (Sheikh), who was a member of the Solntsevo organized crime group and is an authorized representative of State Duma deputy Andrei Skoch. It was Sheikh who, on behalf of Skoch, gave a bribe of $ 500 thousand to a senior SKR officer Mikhail Maksimenko for releasing the “authority” of Solntsevo organized crime group Andrei Kochuykov (Italian). In the last article, we cited the first part of the materials of this corruption story, and today Rucriminal.info publishes a sequel.

“The money was transferred by me to Marchenko K.V. near my house, he drove up to the Toyota Landcruiser 200 car, license plate from 644 ss 77, also Marchenko demanded that I give him 15 (fifteen) thousand US dollars for information about my a conditional criminal record was not entered into the SIAC of the Ministry of Internal Affairs of Russia and all databases. This amount was transferred to me by Marchenko K.V. in the GUM store on the eve of the New Year 2015. After the verdict was passed, the injured party appealed to the Moscow City Court. In order for the verdict not to be canceled at the Moscow City Court, K. Marchenko began to extort from me another 50 (fifty) thousand US dollars, which I had to transfer to him near my house. However, after that, Marchenko K.V. demanded another 50 (fifty) thousand US dollars for the transfer to the employee of the Prosecutor's Office of the CAO, as Samusenko (the injured party) turned to her and offered to write a submission for her complaint to the Moscow City Court for 50 (fifty) thousand US dollars so that there were grounds for the annulment of the sentence. And if I don’t transfer the indicated funds to him, the sentence will be canceled and it will take a lot more money to get a satisfactory result again. The money was transferred by me to Marchenko K.V. near my house. This time he drove up on a new Mercedes S 63 W222 a / m black, license plate х944 нн 33.

A few days later, the injured party revoked the appeal, and the verdict entered into force. At my request to return the money that I transferred to him allegedly for the leadership of the Moscow City Court, Marchenko replied that he would do everything possible for this.

In November 2015, they called me from the Moscow City Court and invited me to a court hearing in connection with the cassation appeal of the representative of the injured party and the submission of the Moscow Prosecutor to the complaint signed by the Deputy Prosecutor of Moscow V. Vedernikov on December 4, 2015.

I informed Marchenko K.V. about the newly arisen problem. The day after my call, Marchenko reported that the victim Samusenko had paid 100 (one hundred) thousand US dollars to the Moscow Prosecutor’s office in Moscow, but if I gave him (Marchenko K. V.) a present for the Prosecutor’s Moscow Churikov Vladimir Viktorovich in the form of a Rolex brand watch of a certain model worth 48 thousand euros, a statement by the representative of the Prosecutor's Office at the hearing will be formal in nature, which in turn will provide an opportunity for the Presidium of the Moscow City Court to refuse cassation appeal.

I suggested buying the watch myself, as the price in the store is much higher than the market. However, Marchenko K.V., fearing from his words that I would purchase a fake, demanded to transfer money to him in the amount of 35 (thirty five) thousand euros for subsequent independent purchase. I personally handed over the money to him near my house in late November 2015. Marchenko came to the Mercedes S63 a / m black, g / n х 944 нн 33. On the eve of the court hearing, namely December 3, 2015, Marchenko K.V. demanded that he bring another million rubles from his words to a man who kept in touch with the prosecutor's office in Moscow, threatening that in case of refusal, he would return the purchased watch to me with all the ensuing consequences. Since I did not have so much money in that amount, I brought him 300 thousand rubles to the Sokol metro area. We met in a cafe-pizzeria, where I handed him the money, K. Marchenko was on foot in home clothes in a jacket draped over his head. He told me that now someone will bring money to the country, and in the morning everything will be fine. 12/04/2015 The Moscow City Court overturned the sentence of the Savelovsky court and sent the case to the Prosecutor of the CAO. For this circumstance, Marchenko K.V. explained that the Prosecutor General’s Office had intervened, but when it came back to the Prosecutor of the CAO, Marchenko K.V. would be able to solve everything again, since he personally knows the Prosecutor of the CAO Kremnev K.K. , as well as the head of the SU IC SKAO Nekrasov A.S. And I need to cook at least another 300 (three hundred) thousand US dollars.” 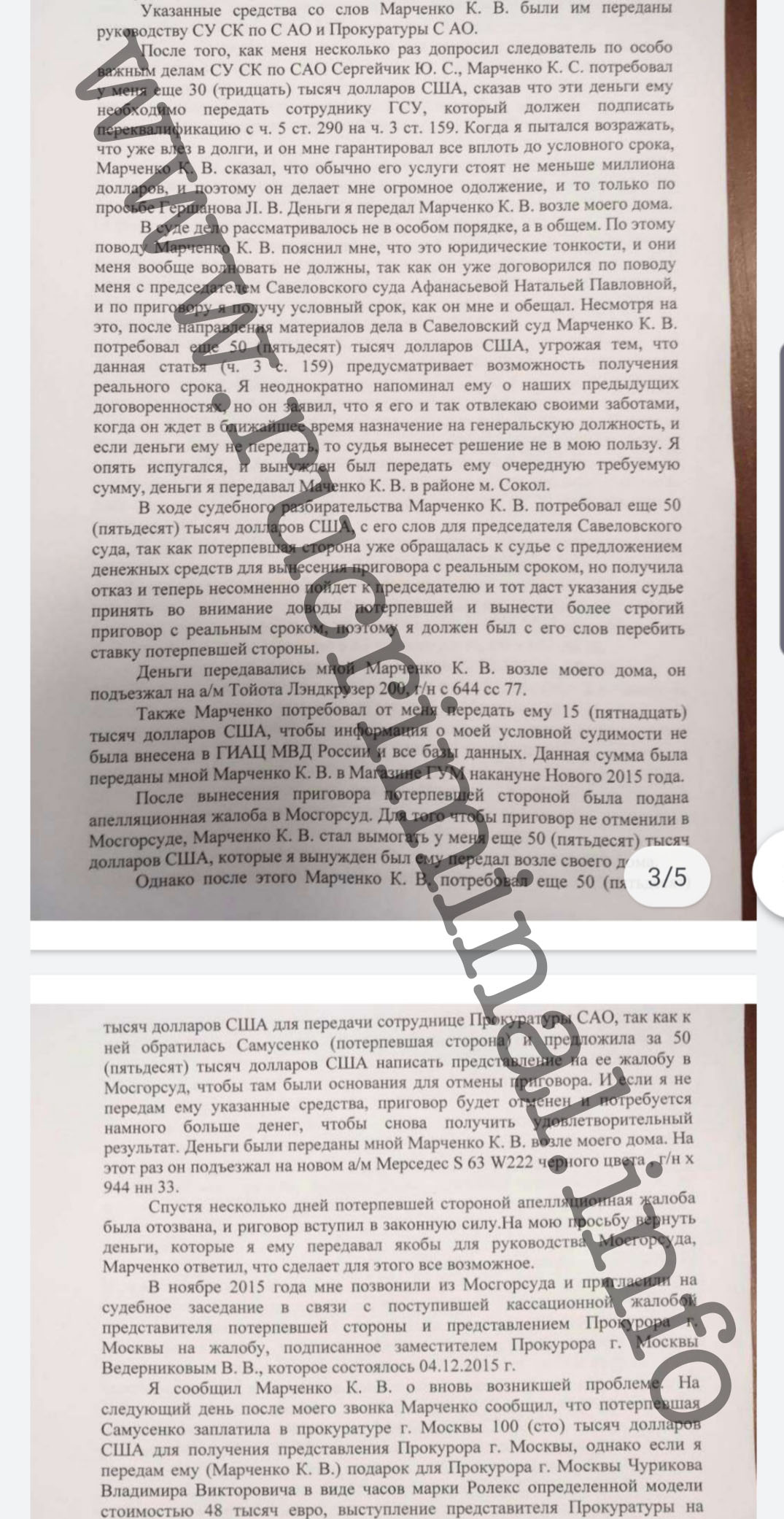