The staff of the Academy of the Ministry of Emergencies accused the deputy of "EP" in immorality... 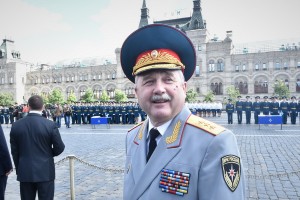 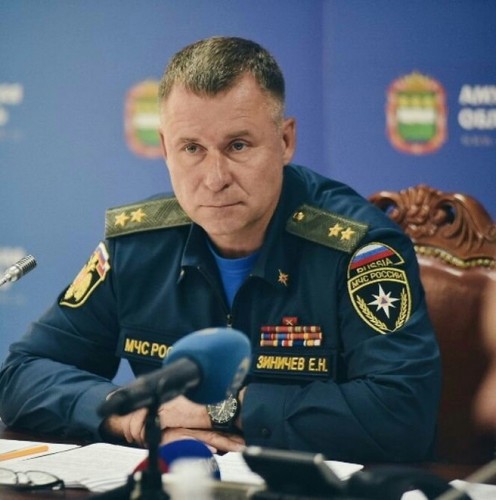 The head of the Ministry of Emergency Situations of the Russian Federation, Yevgeny Zinichev, received an appeal from the staff of the Academy of the State Fire Service (AGPS) of the Ministry of Emergencies of Russia. In it, they complain about the former president of the Academy, and now Colonel-General Ivan Teterin, State Duma deputy from United Russia. AGPS employees claim that Teterin uses the academy as his entertainment complex, has got a second wife (loving to speak in speeches about traditional family values), and students are forced to vote for the general during the elections. Rucriminal.info publishes a letter from the labor collective.

“To the Minister of Emergencies of the Russian Federation E. Zinichev

We ask you to take measures against the deputy of the State Duma of the seventh convocation from the party "United Russia" Teterin Ivan Mikhailovich and restore order in the department that you are in charge of. On what basis does this representative of the government, using his authority, occupy an entire office on the territory of the Academy of the State Fire Service of the Ministry of Emergencies of Russia (although he has a full-time job corresponding to his position, which was allocated to him by the state), while the current employees of the Academy are forced to huddle in the basement 4 people in the office. The deputy’s working day is measured - he visits the pool, gym, and next to his office is the office of his mistress, now Colonel of the Internal Service E. Korobeynikova (who received the position and title from his “easy hand”), who has and educates him her daughter is not even shy about hiding relations with her, although she speaks about family values ​​in all her speeches, while being the head of the Academy of the Ministry of Emergencies of the Russian Federation at the expense of the funds allocated for the construction of the Academy, she bought her an apartment in which she The car lives unhealthily, and the most disgusting thing is to stop, through his relative, the head of the 2nd faculty Lt. Col. Teterin A.V., intimidate the cadets and force them to vote for this person in the next election cadets who are in the territory of the Babushkinsky district), through threats up to their expulsion from the Academy. 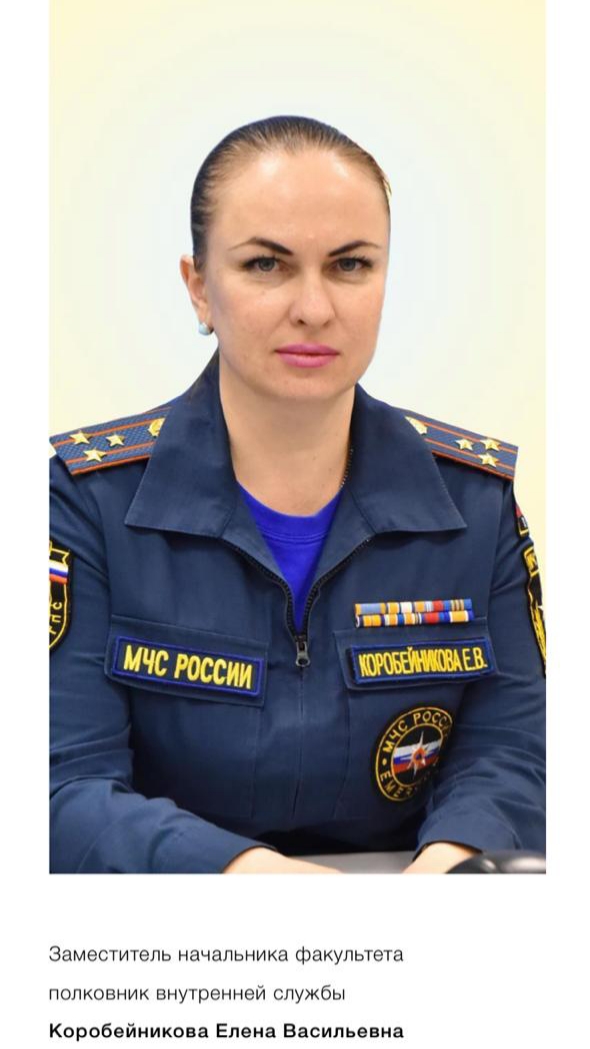 We demand that Teteria I.M .:

1. He freed his office illegally, so that existing employees could improve their working conditions

3. Terminate the actions of Lieutenant Colonel Teterin A.V. in relation to intimidation of cadets to collect votes in elections in favor of this deputy

4. Do not interfere with the work of the newly appointed head of the Academy Soprunovsky MA " 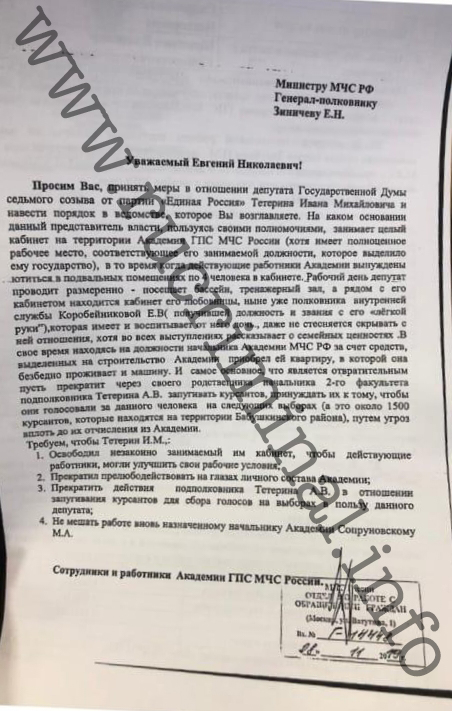