Thieves in law drink in Turkey for Putin's resignation

Mafia is waiting for the president to leave 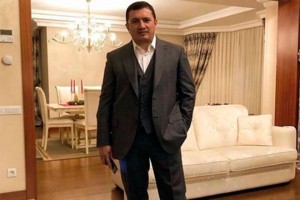 The Russian criminal world is following with great attention the initiatives of President Vladimir Putin regarding changes to the Constitution and the configuration of the highest state structures. As the thieves in law hope, the “transit of power” and the withdrawal from big politics of Putin himself will lead to a decrease in the activity of law enforcement agencies, and criminals will be able to regain their previous positions.

According to informed sources, recently in the house of one of the Caucasian thieves in law, located in Turkey, a meeting of authorities took place. According to some information, it could be attended by Maga Rustavsky, Guli Bakinsky and Gela Galsky living in Turkey, as well as several other people from among the leaders of the criminal community who specially came from Russia for this meeting.

The main result of the “gathering” was the unanimous opinion of thieves in the law that no matter who became the new president of the country after Vladimir Putin, he would clearly be weaker than his predecessor and would not be able to withstand the criminal world with the same efficiency. Thus, the “transit of power" promises thieves a real chance to return to positions won back in the 1990s, which means that it is worthwhile to prepare for this in advance by distributing to which of the authorities which sectors of the economy and regions will depart. Then, four years later, after Putin’s departure, there would be no danger of war between various organized crime groups - after all, all disputed issues and possible conflicts would have already been resolved by criminal authorities in advance.

The years of Putin’s rule have indeed proved to be very difficult for the Russian criminal elite. Over the past 20 years, their influence on politics, economics and society has virtually disappeared, and the memories of those times in very limited amounts have been preserved as a youth subculture of AUE. Reports of arrests, sentences or extradition of thieves in law appear almost every month. Among those who ended up behind bars last year were such authorities as Shishkan (Oleg Ramensky), Caesar (Victor Zharinov) and Rashid Dzhambulsky. And already this year in Estonia, the oldest Slavic thief in law Volchok (Vladimir Volkov) was caught.

The activity of law enforcement agencies led to the fact that, according to some information, last fall, the "Russian common fund" was evacuated to Turkey. Far from the Russian Ministry of Internal Affairs, the money will be more secure, probably judged in criminal circles. Turkey was chosen both because of a convenient visa-free regime, and because many authorities of Russian origin have long been quietly living there.

Therefore, the possibility of retaining the power of the incumbent president for another 10 years aroused serious concern among the “lads” - if the systemic fight against crime continued at the current pace, organized crime could simply not stand and disappear, having completely moved to the territories of other countries of the former CIS, to Ukraine, Turkey or European state.