“They are inseparable from Deripaska” 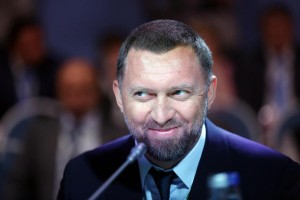 Oleg Deripaska is surprised and indignant that the United States included him in the sanctions list and does not want to delete him. Surprises are, to put it mildly, strange. If you take 10 reasons for imposing sanctions, then all of them, of course, are present at Deripaska. His entire success story is first a history of relations with the Boris Yeltsin Family, then a history of relations with the current inhabitants of the Kremlin. And the so-called initial capital was obtained under gloomy circumstances with frankly criminal personalities. It is enough to recall such "business partners" as Anton Malevsky (leader of the Izmailovo organized crime group), Sergey Popov (Pop, the "authority" of the Podolsk organized crime group, Deripaska's godfather), the Cherny brothers, etc. Yes, what can I say if Deripaska in the High Court of London was forced to admit his very close relationship with Arkady Sargsyan. This is already several decades, the “right hand” of Deripaska, who solves all problems in law enforcement and mafia lines. It decides in a peculiar way, sometimes bloody, but effective. For example, it was Sargsyan who once brought Deripaska to the thief in law Vladimir Tyurin (Tyurin), who played a huge role in the businessman’s conquest of his assets and the release of Malevsky and Popov from the same. Moreover, according to the sources of Rucriminal.info, Sargsyan is now not averse to shaking "antiquity", remembering the 90s. Deripaska recently lost a hearing in an international arbitration court in London, at which former deputy finance minister Vladimir Chernukhin accused the oligarch of an unfriendly takeover of the Trekhgornaya manufactory. And Arkady Sargsyan, who personally “knocked out” the head of the Trekhgorka guard, led the raider capture of the “right hand” of Oleg Deripaska. And this was not 30 years ago, but only recently. The former editor-in-chief, director of the Sayan television and radio company and the Sayan public television, Delovaya Sayanogorsk newspaper, Veniamin Striga, spoke in detail about how Deripaska and Sargsyan came together and what they did together. Rucriminal.info prepared excerpts of the most interesting moments from Striga’s narrative: “The meeting between Arkady Sargsyan and Oleg Deripaska, now a significant“ family ”activist, took place in the port of Kaliningrad in the early 90's. The first of them by that time already enjoyed a certain authority in local circles associated with the port business. Later, Sargsyan himself in private conversations claimed that he was able to help Deripaska in some very delicate situations, and subsequently these services were not forgotten (according to some reports, it was about reaching “mutual understanding” with local criminal groups). Soon, the British company Trans World Group (TWG) of the Rubenov brothers, whose Black brothers became partners in Russia, began actively buying up shares in the Sayan aluminum plant in the city of Sayanogorsk (Khakassia). The process is led by Arkady Sargsyan as director of Alinvest. Power cover was provided by criminal authority, a real gangster Vladimir Tatarenkov (Tatarin), his people put pressure on the shareholders of SaAZ, who did not want to voluntarily part with the shares. Since then, Sargsyan and Deripaska are simply inseparable ....

Sargsyan, Deripaska and a number of other people, people of 8 or 9. ... organized the Sayany trading company ... They took 12 billion on credit from Sayany Bank and the money was not actually returned. By that time, they already owned a controlling stake in this prosperous bank, where there were many private investors and there were powerful investment programs there, including at the Molybdenum Combine ... i.e. This is a unique raw material, molybdenum, for Russia. Now we have lost this plant due to the actions of the same group: Deripaska, Sargsyan and others like them. They bankrupted the Sayany Bank, threw depositors, ruining a whole existing enterprise. A criminal case number 107648 was opened about the facts of intentional bankruptcy of the bank and embezzlement of money. For almost three years, an investigation took place. Investigators were changing, looking for almost 20 million dissolved dollars ...

The story of Pavel Brazhny, a former assistant to Sargsyan in the government of Khakassia, is interesting. A former police officer in Sayanogorsk himself, on his own initiative (!?), Went to give a bribe to an investigator who was conducting a bankruptcy case for Sayany Bank. Sargsyan was a defendant in the case, so Brazhny decided to intercede for his boss, was detained red-handed, convicted, prematurely released and sent to work at the Sameko enterprise of the already mentioned Siberian Aluminum group in Samara, and now he is becoming the head of KrAZ’s security service ” . 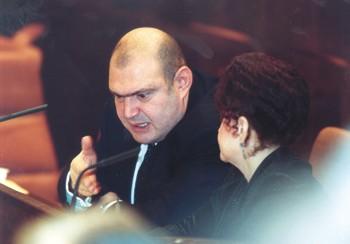 In connection with a bunch of Deripaska-Sargsyan, Striga also recalled crimes such as the murder of Yugorsky bank leaders Vadim Yafyasov and Oleg Kantor, trade union leader of the Achinsk Alumina Refinery Yuri Smolentsev.