Escaped from the FSB in Pravo.ru 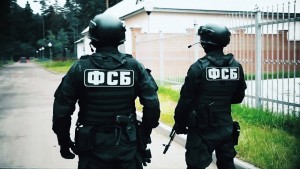 The uninterrupted operation of economic justice systems has come under great threat. The Pravo.ru holding company deals with this system, and troubles fell upon its main structures. The Federal Tax Service bankrupt Pravodnik, in respect of Pravo.ru JSC, enforcement proceedings are ongoing, etc. Sources of Rucriminal.info are not at all surprised by the current situation. Indeed, Pravo.ru is owned by Dmitry Chirakadze, a man with an extremely dubious reputation. We continue to publish an investigation into the “king of e-justice.”

Why did Chirakadze initially enter the e-justice system? That would solve own problems with a power side. What is this story when it was necessary to solve their own problems in Russian courts? At one time, Chirakadze had a company with a long name - “Legal company Representation, registration and registration”, which was then reduced to a more solid “UK PROF”. The main activity of this structure was "investment in property." And how “UK PROF” acted in reality can be understood from the court hearings in the courts of Russia and the British Virgin Islands. Then, two companies, Sphereinvest Global High Yield Fund Limited and Sphereinvest High Yield, filed a lawsuit with UK Prof. and Chirakadze personally. The plaintiffs claimed that they transferred their assets in the Russian Federation to the management of the Russian company CJSC UK PROF (the general director is Dmitry Chirakadze), as well as the Cypriot company UK Prof Limited, which had the functions of attorneys for the plaintiffs. Among the persons to whom these functions were delegated was Chirakadze. In particular, he and his partners received the right to dispose of promissory notes in the amount of 1.02 billion rubles ($ 31 million) and promissory notes in the amount of 486 million rubles ($ 14 million). In addition, real estate and a wine warehouse with bottling facilities were transferred to the management of SKO PROF and its top managers. As well as cash in the amount of $ 8.7 million, transferred from March 2009 to May 2010. Assets were transferred to management in 2008-2009. The plaintiffs claimed that UK PROF and Chirakadze levied excessive amounts on them for their services, and also provided false reporting. They refused with a request to return the assets and provide a report on their storage in bank accounts. A completely understandable story.

According to sources at Rucriminal.info, the total value of bills, cash and assets “pulled” in excess of $ 100 million. And this is what was received from two foreign companies. And their number is much larger. How the “carbon copy” of history repeated itself with Russian assets of a large international company Millennium Global Investments Limited, a company Euroinvest Alliance Ltd, etc. All of them trusted Chirakadze and UK PROF to manage their assets and lost them.

Who are these partners of Chirakadze, who also managed the property of others, and then pocketed it? These are all lawyers of UK PROF. Let's talk about them in more detail. Lawyer of UK PROF Alexander Zablotskis became the general director of CJSC Wine Home Otchizna CJSC, established in 2009, which managed the same wine warehouse owned by foreigners. This is generally an interesting representative of the “Chirakadze team”. Alexander's father, Nathan Zablotskis, was for a long time the deputy chief of the Moscow Law Institute of the Ministry of Internal Affairs of Russia. His immediate subordinate was Marina Alekseeva, who at her leisure loved to write detective stories. Zablotskis liked the work of the lieutenant colonel and it was he who came up with the project “Alexander Marinin”. Nathan, who has extensive connections, began to “spin” a subordinate, both quit the institute. As a result, the new work of Marina was the writing of detectives, and Zablotskis was her literary agent and made a lieutenant colonel a star of this genre. It is noteworthy that when the publishers tried to conceal real circulations from Marina and Nathan, then officers of the Ministry of Internal Affairs of the Russian Federation immediately came to them with searches. So, for example, happened with Eksmo Publishing House. Lawyers of UK PROF Pavel Mikhailov and Alexander Batsyn became CEOs or founders of a whole group of companies either associated with the wine industry in the Krasnodar Territory or owning real estate there - LLC KYUS (one of the founders, Lyubov Orlova, wife of Chirakadze), Gelendzhik Real Estate LLC, Krasnodar Wine Courtyard, etc.

Chirakadze attracted these two lawyers to another project, which almost ended in the landing of the entire UK PROF. SVA Bank, in which, by the way, Pavel Mikhailov was the chief lawyer, has long been associated with the nuclear industry, from the time when it was supervised by Deputy Prime Minister Ilya Klebanov, a longtime acquaintance of Kovanda. In particular, NEA served Rosenergoatom accounts. At the same time, Chirakadze, along with the “wiring” operation of foreign investors, decided to enter the “nuclear business”.

They raided Sevkavenergomontazh OJSC (Krasnodar Territory, the subsidiary of Atomenergoprom OJSC), where Dmitry and his team members - Pavel Mikhailov, Alexey Tikhomiroa (another lawyer of UK PROF who participated in the privatization) became members of the board of directors assets of foreign investors), Alexander Zablotskis, Alexander Batsyn. The latter in 2009 became the general director of Sevkavenergomontazh. Artful lawyers did not take into account one thing - the atomic sphere is under the tight control of the FSB of the Russian Federation. Therefore, soon the FSB Directorate for the Krasnodar Territory initiated a case against the management of the company. According to the investigation, Batsyn, as the general director, used his powers contrary to the legitimate interests of the organization, namely, in November 2009, he sold real estate owned by the organization at a price half its price. Thus, the rights and legitimate interests of the organization, its shareholders and the state were substantially violated. By the way, the deal was approved by the board of directors, all of whose members (and this is Chirakadze himself and his team) became involved in the investigation.

As can be seen from these events, the earth literally "walked" came under the feet of Chirakadze. Foreign investors sued the Russian courts and the courts of the Virgin Islands, demanding the return of what Dmitry already considers his own. And the FSB of the Russian Federation is conducting an investigation, threatening to land the entire team.

When all this unpleasant situation for Chirakadze was born, “Pravo.ru” appeared, and then many related structures - LLC “Legal and Legal System“ Pravo.ru ”(at the same time Batsyn was the general director), LLC“ Pravodnik ”, Pravo.ru JSC (chief lawyer Alexander Zablotskis), Legal News LLC, etc. All these structures began to serve the information and technical interests of Russian courts of various instances, primarily the Supreme Court and the Supreme Arbitration Court. Moreover, Chirakadze’s structures sometimes acted at a loss. But such losses were not the main ones. Indeed, a close friendship has developed with individual representatives of these courts, which opened up completely new spaces for activity. But more about that another time.