The FSB officer was handcuffed to the battery”

The testimony of a killer of a gang of bloody Jaco 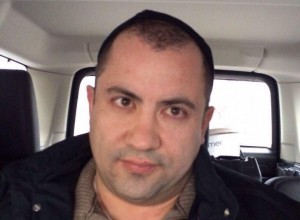 Miracles do happen. Especially in the Russian law enforcement bloc. In the fall of 2019, the source of the telegram channel of the VChK-OGPU collided with Arkady Berkovich (aka Arthur Khabibullin) on Rublevka when he dined in a restaurant, enjoyed life. What is surprising in this story is that Arkady Berkovich is one of the main defendants in the case of the brigade of super-killers Aslan Gagiev (Dzhako). From the case materials it is clearly seen that in Moscow, the Jaco team eliminated some of the persons on the command of a shadow banker with connections in the Berkovich intelligence agencies. In particular, Berkovich was accused of participating in the murder of: banker Alexander Slesarev and his family; Kutuzovsky bank representative board Oleg Novoselsky; co-owner of the National Capital Bank Dmitry Plytnik. Berkovich was arrested. Alexander Hofshtein defended him. And when the passions subsided, Berkovich changed the measure of restraint. Now he is "sitting" in his chic and huge mansion on Rublevka.

Today, Rucriminal.info will publish the testimony of one of the killers of Dzhako, Alexander Staichevich. He describes the details of the killing of Oleg Novoselsky. The latter was a co-owner of one of the private security companies, the head office of Kutuzovsky bank, is closely associated with representatives of the FSB of the Russian Federation. And the majority of the Dzhako gang believed that Novoselsky himself was an employee of the FSB of the Russian Federation due to the fact that he professionally organized surveillance, wiretapping, and actually operational activities. Novoselsky was assigned by Gagiev and Berkovich to bankers who were associated with organized crime groups, including the owner of Sodbiznesbank Alexander Slesarev. It was Novoselsky who calculated that Slesarev and his family were going to the monastery in October 2005 and passed on the information to Berkovich. On the way, the banker, his wife, and 15-year-old daughter Elizabeth were shot by killers of Gagiev. Berkovich was very afraid that Slesarev’s relatives might know something, so Novoselsky continued to listen to them. In particular, according to the testimony of witnesses, he brought a record on which relatives discuss burying Elizaveta Slesareva in a regular or wedding dress. And then the Aslan Gagiev’s gang decided that Oleg Novoselsky knew too much. When he again brought “wiretaps”, Arkady Berkovich gave the go-ahead for reprisal. Novoselsky was put in a barrel, poured with cement, and the barrel itself was thrown into the river. After many, many years, a barrel was found. However, the body was preserved very well. So Novoselsky ended his activity.

And now we pass the word to the killer Steichevch:

At the end of December 2005, just before the New Year 2006, Yashkin E.I. phoned him from his safe phone to his safe phone and said that Gagiev A.M. ordered all the guys from their “Family” to gather in the office of the “Financial Leasing Company”, located on the street. Mokarenko in Moscow (hereinafter referred to as the "FLC"). For approximately one and a half or two hours, he arrived at the FLK office in his Toyota Land Cruise-100 car, the state registration plate T 239 UA 97 RUS. When he went into the office of the "FLC", in the lobby were: Beglaryan S. L., Gagiev A. M. and Omarov A.S. He greeted them. A few minutes later Gagiev A.M. called the FSB officer, who previously transmitted audio tapes to him with recordings of wiretapping. By telephone A. Gagiev said that the FSB officer would drive up to the FLC office for New Year’s fireworks. In general, he invited the latter to the FLC office to come for fireworks. Talking on the phone, AM Gagiev, turning to him, said that when the FSB officer (hereinafter referred to as the FSB officer) comes from whom he took the tapes; it must be started, and immediately close the door behind it with a key, and then led into the dining room through the lobby, as the entrance to the basement leads. Having given him the directive, Gagiev A.M., Beglaryan S.L. and Omarov A.S. went down to the basement, where there was a small pool, sauna and pool table. He stood at the entrance to the FLK office, as A. Gagiev ordered. After about 30-40 minutes, on his Range Rover Sport car, state registration number, 888 (he doesn’t remember the letter designations), an FSB officer drove up, leaving the indicated car in the FLK car park. He opened the door to the FSK officer to the FSB officer, let the latter inside, then locked the door with the key, as A. Gagiev ordered. and escorted him to the dining room. In the dining room, an FSB officer was met by A. Gagiev and one of the members of the “Family”, who exactly, he doesn’t remember exactly. Then Gagiev A.M., an employee of the FSB and some members of the "Family" went to the basement, where there was a swimming pool, sauna and pool table. And he went to the emergency room, located on the right side of the entrance of the "FLK", where he stayed for about 10-15 minutes, then went down to the basement. At that moment, when he went down to the basement, there were the following members of their “Family”: Gagiev AM, Beglaryan SL, Omarov AS, Dzhioev GR, Dzhioev AB, Nikolaev M.K., Yashkin E.I., Gutiev U.Kh., Yurtov R.V., Alymov O.N. and about three more people.

Gagiev A.M. and the FSB officer were sitting on chairs opposite each other, in a nook between the pool and sauna. An FSB officer was handcuffed to a battery or his handcuffs were fastened at the back. Gagiev A.M. He made some complaints to the FSB officer, which ones, he does not remember. After a while, Nikolaev M.K. and, in his opinion, Dzhioev A.B. left the basement, returned after about 10-15 minutes, bringing from the Range Rover Sport car several packages, expensive watches, like Patek Philippe, owned by the FSB officer. At this time, Berkovich A.G., who had the nickname "Mao", who was with A.G. Gagiev, went into the basement. in good friendship, was associated with the banking sector, and had some common business with the latter. Entering the basement, A. Berkovich greeted all those present, then went over to the FSB officer, who was sitting in handcuffs opposite Gagiev A.M., patted the FSB officer on the shoulder and, as if mocking or ironicizing, said to the latter: “How are you?”, as if asking with a mockery, how him business. This question seemed ridiculous to him. In total, he stayed in the basement for about 20-30 minutes, watched as Omarov A.S., Beglaryan S.L. and Dzhioev G.R. played billiards, then went upstairs in the lobby. It took about an hour or a little more from the basement came Gagiev A.M. told him that he could dress and leave. He began to dress, the time was about 24 hours or the beginning of the first night, he can’t say for sure. At this time, came out of the basement, whether Nikolaev M.K., or Yashkin E.I. and a few more people from their “Family”. Moreover, one of them, and possibly even Gagiev A.M. already on the porch "FLK" uttered the phrase: "There may be a beacon on the car." Nikolaev M.K. or Yashkin E.I. and left, as he later found out, on the territory of the base located on ul. Boat in Moscow. Having stood for some time on the porch with A. Gagiev. and with another member of the “Family”, he went to his car, located on the street. Makarenko, in front of Chaplygin Street, not far from the FLK building. At that moment, when he got into his car and began to drive out to go home, he saw that the Toyota Land Cruiser, a black one, had left the FLK office and headed towards Chistye Prudy, that is, to the left of the office FLK ". At that time, Nikolaev M.K. used the indicated car, sometimes Beglaryan S.L. After some time, another car drove away from the office of the FLK, which was used by one of the members of their Family. From what he realized that they went to kill an FSB officer. He does not know exactly which member of their “Family” he left in the vehicles that departed from the FLC office. After about a day or two, he was at the base, in the cafe "F-1". At the direction of Beglaryan S.L. members of their "Family" sawed the car of an FSB officer "grinder". Saw a car: he, Dzhioev G.R., Nikolaev M.K., Yashkin E.I., Alymov O.N., Dzhioev A.B. After that, all those present loaded the sawn parts of the car into the Ford minibus, having previously sorted the seats in the Range Rover Sport car. Also, when sawing and loading a vehicle of an FSB officer, A. Gagiev was present and Beglaryan S.L., however, the last car was not sawn and the sawn parts were not loaded into the Ford minibus. The sawn car of the FSB officer was taken out on a Ford minibus E. Yashkin and Nikolaev MK, where exactly, he does not know. Several months passed, it was already, spring 2006. He was at the base, located on the street. Boat in Moscow, where he came to wash a car and eat in a cafe. At the time of his arrival at the base there were the following members of their “Family”: Beglaryan S. L., Nikolaev M. K., Dzhioev G. R., Yashkin E. I. and someone else. In the cafe "F-1" Beglaryan S.L. I told them, to the above-mentioned persons, that it was necessary to go to the cottage in the Moscow region to pick up a heavy one and throw it away. They drove in a minibus of foreign production to the Moscow region along the Dmitrov highway to one of the settlements located on the left side of Moscow. Driving the car was Yashkin E.I. We arrived at the cottage, along the route, at the suggestion of Beglaryan S.L., they took a drink and a snack. At the dacha, as directed by S. Beglaryan, a 200 liter metal barrel was loaded into a minibus. At the time of arrival, the barrel was wrapped and covered with polyethylene. The barrel itself was covered with a metal ring. From Beglaryan S.L. he found out that in the barrel is the corpse of an FSB officer. After loading the barrel into a minibus, they took it out and threw it into the Moscow Canal, located in the Dmitrovskoye Shosse area of ​​the Moscow Region. On the other side of the canal was some kind of enterprise or boat station.