“Seryozha, he can do anything”

As a banker from the surroundings of Vyacheslav Bitarov, he lied during interrogation on the “Djako ... 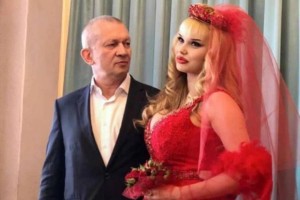 In connection with the detention of the TFR in December 2019, the ex-prosecutor of the Zereterechny district of Vladikavkaz, Olga Shvetsova, the investigators had new questions for the old defendants in the case about the activities of the gang of Aslan Gagiev (Dzhako). We are talking about Sergey Tsallagov and Elbrus - the former shareholder of DIG Bank, and now persons from the inner circle of the head of North Ossetia, Vyacheslav Bitarov. According to sources at Rucriminal.info, it was established that during the interrogations in the TFR this couple gave false testimonies about their relationship with Jaco. Olga Shvetsova is accused of “ordering” investigator Alexander Leonov from Dzhako in the capital's “Art Hotel” in August 2012. The reason is the domestic conflict. Leonov was previously married to Shvetsova’s sister and they had a very difficult divorce. The Investigative Committee established all the participants in the meeting at the Art Hotel restaurant, among whom was Sergey Tsallagov, and questioned them. We had at our disposal the protocol of the interrogation of Tsallagov, that’s what he said to the investigators in 2014: “Testimony of witness Tsallagov S.Kh. from 11.05.2 014, according to which, approximately in November-December 2011, he met A. Gagiev in a restaurant in Moscow, nicknamed "Dzhako", who was surrounded by his proxies, among whom he knows Dzhioeva Arthur and a man by the name of Pliev. After that, he met with Gagiev A.M. 5-6 in various restaurants in Moscow and 2-3 times - in the city of Antalya in Turkey. These meetings took place at the initiative and at the invitation of Gagiev AM, who enjoyed significant influence in the North Ossetia-Alania and resolved various issues. ”

It turned out from Tsallagov’s testimony that he knew Dzhako “in a cap”, had nothing to do with Family (Gagiev’s gang), he didn’t tell anything about Shvetsov. As a result, then Leonov’s murder at the level of the “customer” could not be solved.

And then one of Jaco's confidants spoke. Here is an excerpt from his testimony, which is at the disposal of Rucriminal.info: “In mid-August 2011, he does not remember the exact date; in the evening, while in Moscow, G.Z. Dzugutov called him. and asked me to drive to a cafe located in the Art-Hotel hotel, in the Khodynsky field of Moscow .... In the same place, in a cafe, he learned from GZ Dzugutov that this woman was Shvetsova Olga, the prosecutor of some of the regions of the Republic of North Ossetia-Alania. He already knew Tsallagov Sergey at that time for about a year and a half, since he had seen him at least 20 times in a campaign with A. Gagiev. He knows that Sergey Tsallagov worked at that time as the director of Digbank and often came to Moscow. Gagiev A.M., Tsallagov S. and Shvetsova O. talked at a separate table for some time. Gagiev AM, Tsallagov S. and Shvetsova O. sat at the table, second to the right of the entrance. " Further, the trustee of Dzhako described how Shvetsova “ordered” Leonov and how Dzhako gave the go-ahead to eliminate the investigator. Including these testimonies, Shvetsova was arrested in December 2019.

Investigators also drew attention to how the testimonies of Tsallagov and close Dzhako diverge. He was the first to disclose information that Shvetsova “ordered” the murder during a meeting in a restaurant, talked about a superficial acquaintance with Gagiev, saying that he saw him 5-6 times. However, the gang member claims that only he saw Dzhako and Tsallagov together at least 20 times. The operatives have information that is now being verified that Tsallagov was a full member of the "Family", like his friend Elbrus Komaev .. The latter also played down his role during interrogation under Dzhako. Also, both hid information from what was happening at one of the Family meetings in Antalya, which was attended by Tsallagov and Komaev. On it, it was decided to deal with Pliev. Thus, Pliev, whom Tsallagov mentions in his testimony. (Rucriminal.info will talk about this in the near future). According to the telegram channel of the Cheka-OGPU, Sergey Tsallagov was responsible for many areas in the banking business of the bloody "authority" Aslan Gagiev (Dzhako). Officially, he was listed as chairman of the Dig-Bank board of directors, which controlled Jaco. In the same bank, Elbrus Komaev, the current support of the head of North Ossetia, Vyacheslav Bitarov, was also listed as a co-owner. The investigators found that 2.6 billion rubles were stolen from this bank. However, during the investigation by Komaev and Tsallagov, this amount in the case file dropped to 800 million. The case was considered in Vladikavkaz and turned into a farce. The defendants received suspended sentences. In particular, Sergey Tsallagov was sentenced to 5.6 years with a fine of 500 thousand rubles. In February 2020, the North Ossetian Arbitration Court, at the request of the DIA, brought the former controlling persons of Dig-Bank to subsidiary liability of 2.6 billion rubles, but Elbrus Komaev and Sergey Tsallagov were not among them. To celebrate, Tsallagov immediately played a magnificent wedding with the Vladikavkaz secular lioness, singer and the owner of the Miss Alania 2003 crown, Tasha Gazdanova. The latter dedicated to Tsallagov the song "Seryozha, who can do anything." A song about Tsallagov himself.