He wanted to jail the son of Bastrykin's deputy, but sat down himself 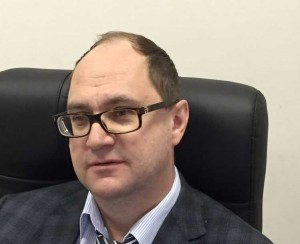 Andrey Chesnokov, a member of the EMK-Engineering board of directors, who was arrested last week for embezzling funds from the Ministry of Defense, was previously close to Kovalchuk and was the top manager of the Rossiya joint-stock bank, but then he began to freak out. According to the telegram channel VChK-OGPU, at first he was involved in theft during the laying of cable ducts, after which Kovalchuk noticeably cooled to him. The most famous moment, which had a negative impact on communication with Kovalchuk, is Chesnokov's unsuccessful attempt to throw Vekselberg for $ 0.5 billion together with Mikhail Abyzov. They decided to collect $ 0.5 billion from IES-holding of Viktor Vekselberg on behalf of Gazenergoprom-invest, hiding behind the names of Gazprom and Kovalchuk.

Andrey Chesnokov is the Deputy Chairman of the Board of Trustees of the St. Petersburg State University of Economics. And the chairman of this council is the head of Gazprom, Alexei Miller.

As the publication delta.news found out, in fact, there is a lot that Chesnokov has to do with the gas industry. The Kontur.Fokus system sees the involvement of a businessman in 17 legal entities. Among others, he is still the general director of CJSC Gazenergoprom-Invest, managed CJSC Gazenergopromleasing and JSC Gazleasingtek. Behind all these companies are the structures of Gazprom, and the portfolio of state contracts of Gazleasingtek is under 3.5 billion rubles. However, for Gazprom it is not that much.

“He entered the business of St. Petersburg in 2011-2012, under Georgy Sergeevich (Poltavchenko - ed.) He did not go into where he made money, but was a very self-sufficient figure. And he is a normal person, you can communicate, ”one of the former city officials recalled Chesnokov fondly.

In addition, Sergei Stanislavovich Shtykov was in charge of this company for several years. Another Shtykov, Evgeny Stanislavovich, runs Gazenergopromengineering, behind which one can see the structures of Chesnokov.

According to the source Rucriminal.info, recently Chesnokov was a contender for waste management in St. Petersburg and the region. He closely communicated with the head of the department of the Leningrad region for the organization and control of waste management activities Alexei Pimenov. That, in turn, is considered the creature of the landlord Andrei Berezin, who has the fame of the "wallet" of the Leningrad Region Governor Alexander Drozdenko. It is not difficult to see the chain linking Chesnokov's EMC with the now liquidated LLC Garbage Processing Yanino. True, the company "EMK" itself will be different, but now it belongs to Chesnokov's wife Ekaterina. Garbage is a separate topic, because in St. Petersburg and the Leningrad region Andrey Chesnokov is known primarily as the chairman of the board of directors and the beneficiary of the activities of JSC "Autopark №6 Spetstrans" - one of the three largest carriers of garbage in St. Petersburg. This company and its associated Spetstrans 47 LLC managed to win 5.8 billion rubles worth of garbage collection contracts in the Leningrad Region. 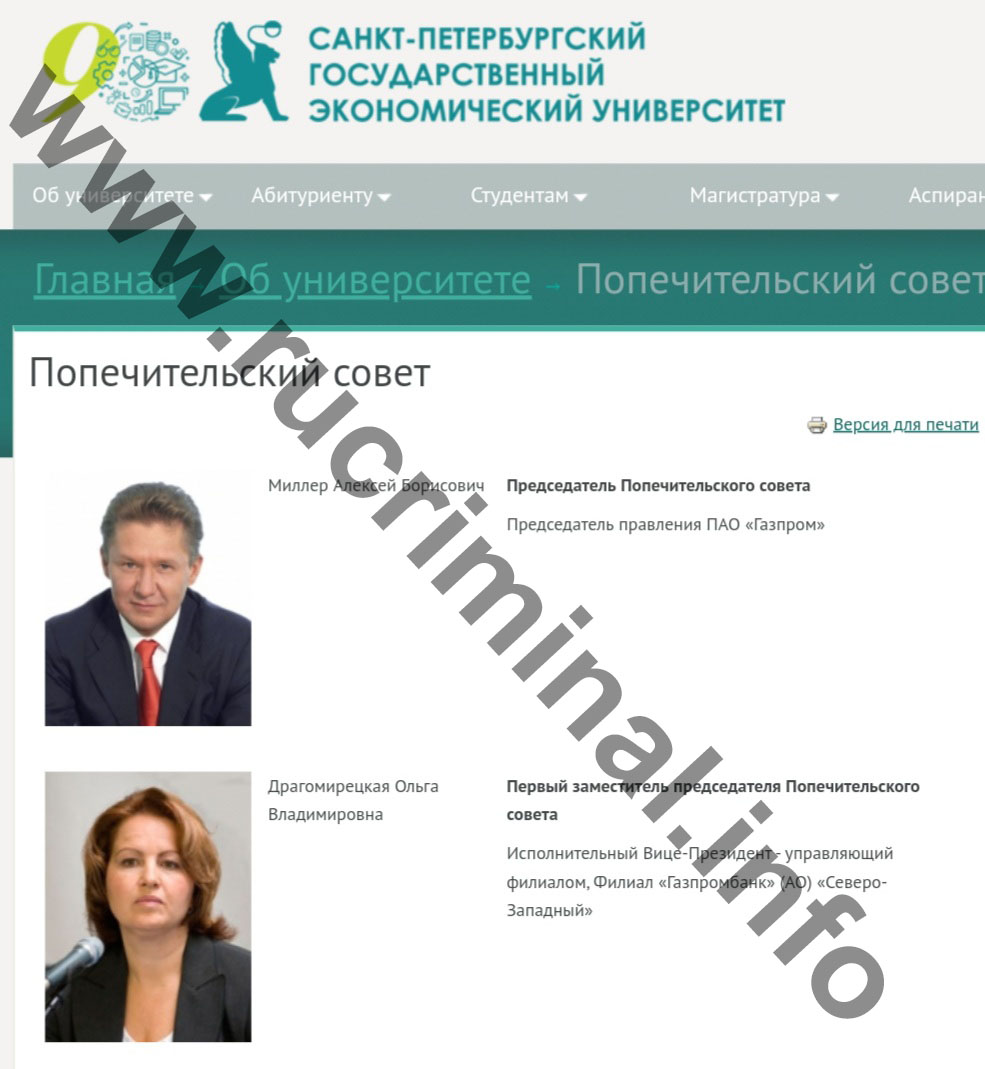 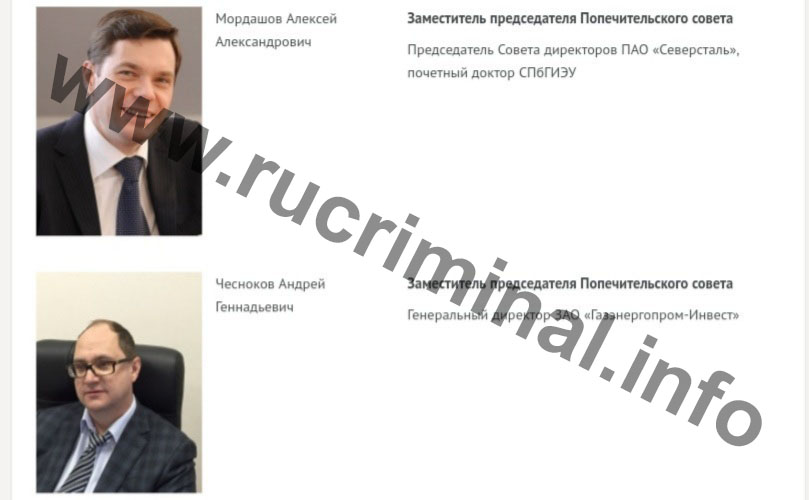 Andrey Chesnokov had one more hobby. He will easily surpass all the "decoy ducks" of the ex-head of the GUEBiPK Denis Sugrobov. Chesnokov, who had powerful connections in the power block, with the help of statements constantly eliminated opponents and resolved other issues of his business. In total, he has filed them recently more than 15. Here is just a small list of cases and operational measures with Chesnokov's participation. In 2019, he directly (he wrote a statement and organized wiretapping) put FSB officer Kirill Libenko, who was carrying money to the chairman of the St. Petersburg Committee for the Improvement of St. In 2019, Chesnokov, through his face value Shtykov Yevgeny Konstantinovich, tried to imprison the son of Bastrykin's deputy, Elena Leonenko, Igor Leonenko. We are talking about materials related to ZAO UK OPEC, in which Chesnokov is the owner. In 2018-2019, Chesnokov tried to send one of the top managers of Lenenergo -Malkov Andrey Vasilyevich to the pre-trial detention center. To this end, Chesnokov wrote a statement about the theft of equipment from one of his companies in relation to JSC Petrodvorets Electricity Network and Lenenergo. Thus, putting at risk the former general director of Lenenergo - Sizov Andrei Andreevich, who is a close friend of Konstantin Goloshchapov and Vagif Mamishev. 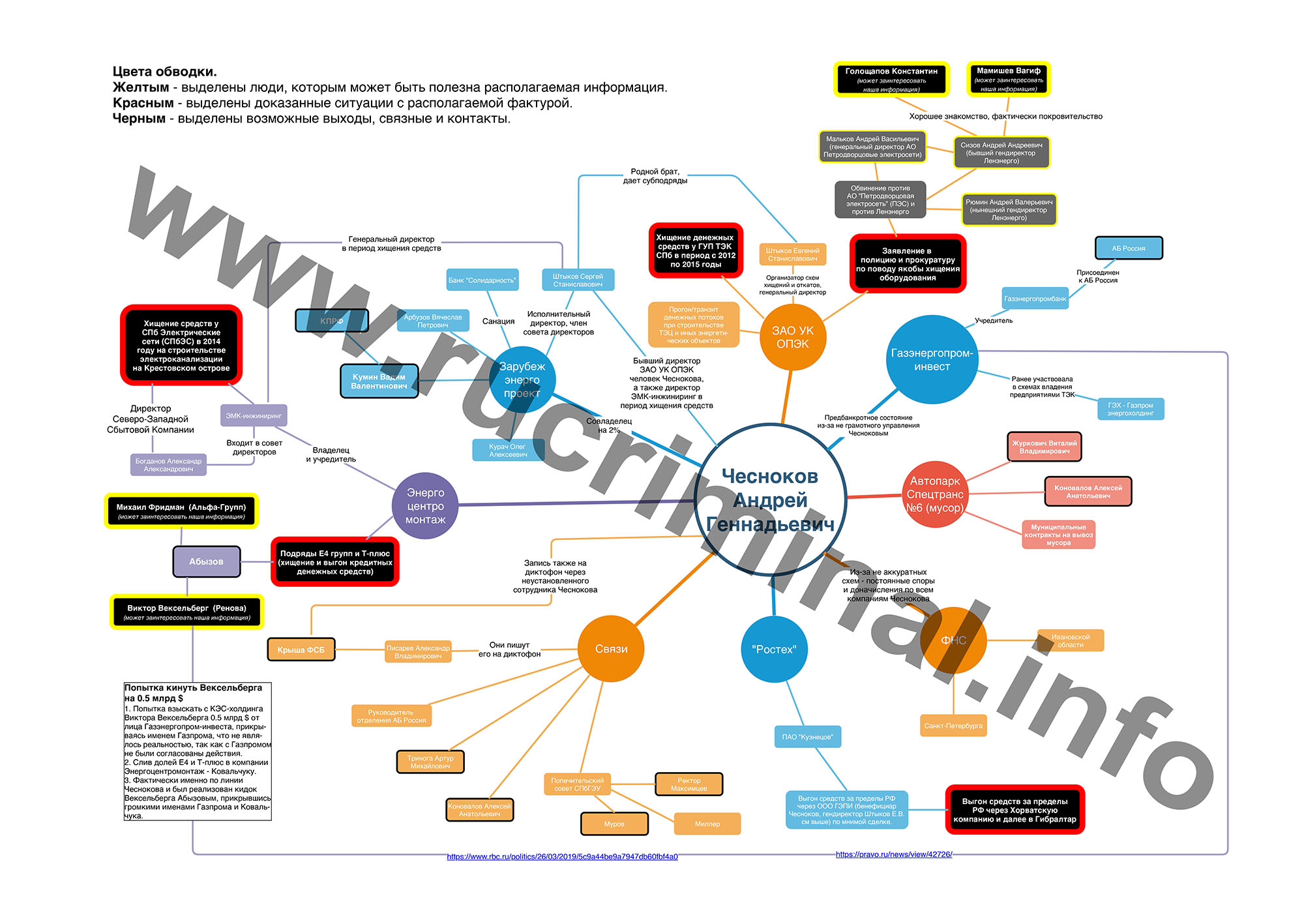