Suitcases of compromising evidence and irritation of the security forces

The head of RUSNANO has one task - there should be no criminal cases against Chubais and Co.

RUSNANO has invested 13-15 billion rubles in the Liotech plant in Novosibirsk. But the miracle did not happen - bankruptcy came. In 2019, a settlement agreement was reached with RUSNANO and other creditors, the terms of which allowed the project to survive and develop further. But the team at RUSNANO changed and they decided to terminate the settlement agreement. And this is all in today's realities - war, sanctions, the dollar is more than 100 rubles ... Where will they get lithium-ion batteries now? In China, worth its weight in gold?

And Liotech batteries were even interested in the Ministry of Defense of the Russian Federation. The unprecedented sanctions imposed against Russia require an analysis of the role of development institutions in the development of the country, import substitution and the transition of its economy to a modern level.

RUSNANO is one of the key institutions of this kind. Almost a year and a half ago, the company was headed by a young manager, Sergei Kulikov, who replaced Anatoly Chubais as Chairman of the Board of RUSNANO. What has changed in the company during this time? What was done? What was not done? Why? Answers in the material of the browser Rucriminal.info.

The first observation is that the new leadership there was unable to conduct a systematic analysis of the activities of RUSNANO over the 12 years preceding Kulikov's appointment. Such an analysis would be extremely necessary not only for the shareholder (the state), the board of directors, the public, but also for professional investors. There is no analysis, and there is a feeling that it will not appear - the company simply does not have specialists capable of conducting such analytical work at the system level.

Personnel leapfrog and personnel shortage is the second observation. For a year and a half, managers from the Chubais team left the company, new ones came in their place, who also left several times, and some of the newcomers did not even work for several months in their positions. No, the new leaders, both those who left and those working today in the company, could well have worked in a single team to implement a big idea. But there is no idea, the team also did not work out, and this is certainly the fault of the new head of RUSNANO. For some reason, I remember the last St. Petersburg forum, where young and talkative RUSNANO managers were, as they say, “a plug in every barrel”, they took part in all discussions and panels, and almost any direction (both hydrogen and carbon) was immediately declared a key activity RUSNANO. The young leader himself actively signed agreements and memorandums, which today no one even remembers because of their worthlessness.

Another important observation: RUSNANO's investment focus turned out to be blurred and blurred. 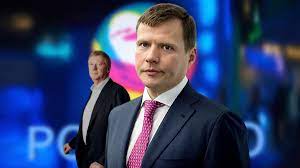 Kulikov himself has not shown himself to be an independent and professional leader, he simply lacks the weight and competence to manage a company like RUSNANO (this is the fourth and very important observation). For example, the fight against the heavy legacy of Chubais. Here, on the one hand, Chubais himself is watching S. Kulikov. Looking from behind VEB (the parent organization of RUSNANO), he vigilantly monitors that, understanding the historical heritage, the new leader does not cross any “red lines”. On the ground, he is assisted by lawyers from Asnis and Partners, as well as a number of employees of the economic security service. There is only one task here - there should be no criminal cases against former members of the RUSNANO Board and Chubais! By the way, as of today, this task is quite successfully solved.

Well, and the last observation: the financial condition of RUSNANO has been very difficult for many years. State support from the state for 13 years allowed investors not to look deeply into the financial statements of RUSNANO. The principle of analysis here was simple - we take the investment rating of the state and stupidly transfer it to RUSNANO. Today, the rating of the state has collapsed, and the fundamental indicators of the company's performance are appalling.

Probably enough observations and we can draw the main conclusion - today RUSNANO has become a shell company, without accumulated competencies, headed by a weak and dependent leader, the company does not have human resources and a clear investment strategy. The state must make a fundamental decision both on the future of RUSNANO and on the mechanisms for developing an innovative economy in Russia.