How the St. Petersburg organized crime group took care of the health of the younger generation 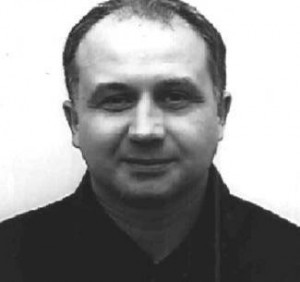 In December 2021, Vladimir Borisov (Ensign), a legend of the criminal world of St. Petersburg, was extradited to Russia from Bulgaria. The telegram channel of the Cheka-OGPU was the first to report this. Vladimir Borisov, a retired military man, tried himself in the security business in the early 90s, together with members of the "Akulov" group. Then he put together his own brigade of former special forces, specializing in racketeering and contract killings.

In 1998, Borisov and his assistant Yuri Biryuchenko, nicknamed Tankist, were arrested on suspicion of organizing the murder of two authoritative opponents. One of the attempts was successful. Then 11 fighters of the group were also arrested. True, by 2007, Borisov was acquitted under serious articles and sentenced to a long, but suspended sentence. 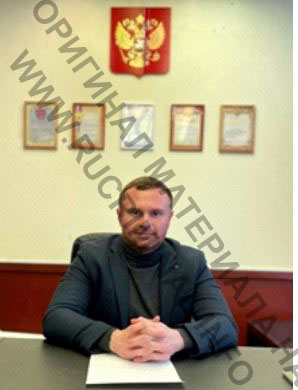 As Rucriminal.info found out, Borisov’s group still operates to this day, for the most part, on the territory of St. Petersburg and the Leningrad Region, because. here has the main administrative and law enforcement resource. Since the Ensign himself was wanted, his son Konstantin, his closest associate Vitaly Kuzmin and his son Dmitry were engaged in operational work.

We continue to talk about the adventures of the Ensign and members of his organized criminal group.

For the treatment of sick children, money is collected by SMS, with the help of funds, and so on, but still this is not enough, and for many of the children help comes too late.

Can the State solve this problem? Maybe - not allowing thieves to the budget and punishing those who have already stuck their dirty paw. The Children's Regional Hospital in the city of Kirishi, Leningrad Region, has been under construction since 1979.

Kirishans and residents of the district were looking forward to the hospital. People were promised high technology and even a department for nursing newborns with a critical mass.

In 2009, the hospital had already been built to a significant extent - when the organized criminal group of the Borisovs and Kuzmins took over it.

Everything important and valuable is rapidly destroyed when it falls into the predatory clutches of the organized crime group of Borisov “Ensign”, or rather the Kuzmin families of Vitaly and Dmitry and the Borisovs of Vladimir and Konstantin.

In 2012, despite the obvious construction problems, GKU "US LO" again announces the monopolists of the tender LLC "UGS" and gives them allocated from the regional budget within the cerebral palsy "Prevention and control of socially significant diseases, ensuring the safety of motherhood and childhood in the Leningrad region for 2009-2012” almost 43 million rubles (List 2).

Thus, having come to the actually built and partially completed facility, the Kuzmins and Borisovs withdrew at least 350,000,000 rubles through one-day firms. Part of the funds still had to be spent - to create visibility.

For the illusion of construction, organized crime groups attracted subcontractors, paying them in advance or not paying at all. As evidenced by numerous claims to the Arbitration Court of St. Petersburg (List 3).

Thus, only the composition of fraudulent actions against subcontractors is estimated at no less than 15,640,376.59 rubles, which at that time was about $782,000

Arbitration claims were satisfied, but it is not possible to implement them. The founders prudently disposed of their criminally acquired property.

And if the Borisov family registered everything on people who were not related to them, then the Kuzmins, by tradition, hang everything on their own.

Having prudently issued it to his grandmother Kuzmina Valentina Yakovlevna, since his mother Kuzmina Svetlana Viktorovna, now the Head of the Ivanovo St. Petersburg Ministry of Defense, was already a civil servant at that time, namely, the Head of the Information Sector of the Nevsky District Administration and declared her income and property.

Kuzmin Vitaly (father) actively completed the “family nest”, a house in the prestigious Vsevolozhsk, which, among other things, was a cache of illegal weapons for organized crime groups, also registering it for Valentina Yakovlevna.

In addition to the wholesale purchase of real estate and premium cars, funds were transferred to the accounts of offshore companies in Dubai and other jurisdictions, for example, to the accounts of the sensational Longifolia - PMC, where, in addition to bandits, Hero of Russia Polkovnikov Dmitry Aleksandrovich, whose disgraced politician was expelled from the Union in 2012 officers of St. Petersburg and the region for "gross violation of the norms of the charter and the officer."

But subcontractors are only a small part of the crime, the brunt of the completely unscrupulous robbery fell on the budget, sick children, and monstrous consequences in the form of the inability to treat children for Kirishans and residents of the vast Kirishi region.

According to the source of Rucriminal.info - who has been working with the Central District Hospital of Kirishi for more than 20 years - the hospital fell into the hands of Ensign's organized criminal group in approximately the same form as it was put into operation by them. According to the informant, the "builders" "just spread the dirt" and "broke the object."

Despite all the violations, the responsible persons actively signed the object acceptance certificates. But even documents that are in the public domain indicate that the UGS organized crime group under the leadership of the Borisovs and Kuzmins not only failed to fulfill its obligations, but also destroyed the existing municipal infrastructure.

More than 76 points of significant shortcomings in only one of the arbitration claims filed by GKU US LO, prudently choosing the “cheapest” contract worth only 43 million rubles (Case No. A56-16797/2013).

They opened the hospital with pomp. The ribbon was cut by the former governor of the Leningrad region Valery Serdyukov. But the whole absurdity is that, when opening the clinic, everyone knew that it would not work a day.

GKU "US LO" sluggishly and formally filed claims to the Arbitration, asking for nothing but the elimination of "defects" and minimal fines not exceeding 1% of the value of the contracts. But even these requirements were not fulfilled by UGS LLC.

And hence the question - is this situation really so invisible to the security forces of St. Petersburg and the Leningrad Region? After all, the lives of thousands of children are at stake. For many of them, this led to irreversible consequences.

OPG Kuzminykh-Borisovy are waiting for the statute of limitations to expire due to the circumstances outlined, and this will come in 2022.

It is not difficult to prove a crime, because the members of the organized crime group work surprisingly dirty. Dozens of witnesses, bank transactions that are still stored in Banks, etc., would be desirable.

Appeals have already been submitted to the Head of the Investigative Committee of the Russian Federation Bastrykin A.I.

It would seem - to steal from sick children, what could be worse?? But the Borisov-Kuzminykh organized crime group knows how to surprise, it's scary - but this is only the beginning of the story.

Name of the budget: Regional budget of the Leningrad region

Budget level: 02 - the budget of the subject of the Russian Federation

Name of the budget: Regional budget of the Leningrad region

Budget level: 02 - the budget of the subject of the Russian Federation

- Administration of the municipality of Kirishi urban settlement Destruction of an asphalt footpath (Case No. A56-62670/2012)