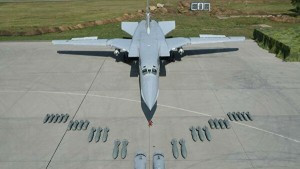 The Savelovsky Court of Moscow has sentenced Andrey Trubkin, the former head of JSC NPP TEMP, an enterprise for the production of units for strategic bombers, one of the leading enterprises in the development of control systems and engines for military aviation and the Navy. He was found guilty of embezzling and laundering about 200 million rubles of the company's funds. He received 8 years in prison, and was ordered to pay compensation of 102 million rubles. The telegram channel of the Cheka-OGPU was the first to report this.

Trubkin's curators from the defense complex quickly jumped back from him immediately after the initiation of a criminal case. Despite the fact that Trubkin did not give any evidence regarding them, he was not even provided with a lawyer. Until the end of the process, he was defended by a lawyer by appointment, who was not even present at the sentencing. Now Trubkin can become more talkative... Who are these curators? This is the top management of United Engine Corporation JSC and Vladimir Artyakov, Deputy Head of Rostec, who oversees the UEC. Rucriminal.info publishes an investigation into corruption at NPP Temp.

JSC "NPP "Temp" them. F. Korotkov is one of the oldest aircraft engine building enterprises in Moscow, is included in the register of defense industry enterprises, and has the official status of an industrial complex of the capital. At present, the main scope of the enterprise’s work is carried out within the framework of the State Defense Order, including programs to restore the production of the Tu-160 strategic missile carrier, put the promising fifth-generation Su-57 aircraft into production, modernize the Tu-22 long-range bomber and others that are on a personal control of the President of the Russian Federation VV Putin.

Starting from 2011, the enterprise fell into the area of​​illegal activity of S.N. Lesnichiy, a native of the Directorate "K" of the SEB of the FSB of Russia (dismissed before the expiration of the contract due to compromising circumstances), who, acting together with the former General Director A.Yu. 2013 actually brought the company to the state of bankruptcy.

Based on the results of anti-crisis measures since 2013, the Company has been constantly increasing its revenue, profit and net assets, the growth rate of wages significantly exceeds inflation, and there are no disruptions in the performance of the State Defense Order due to the fault of the enterprise. By decision of the controlling shareholders, all profits are fully directed to the development of the enterprise.

At the same time, such a scenario came into sharp conflict with the plans of S.N. Lesnichiy and those who patronize him, and therefore, on behalf of and using the resources of UEC JSC (part of the Rostec State Corporation), a minority shareholder of the Company, owning 28.5% of the shares, there is active pressure aimed at restoring the channel lost in 2013 for the theft of funds allocated for the performance of work under the programs of the State Defense Order.

As a source of Rucriminal.info told, as a means of pressure in the period 2013-2015, unreasonable and economically unprofitable transfer of ordered works to alternative enterprises (mainly included in UEC JSC), mass complaints to supervisory authorities and statements of claim to the Arbitration Courts were used in terms of challenging the actions of the Company's management bodies.

However, the Arbitration Courts confirmed the lawfulness of the disputed actions, in connection with which, with the direct participation of S.N. Lesnichiy and persons controlled by him, a “custom-made” criminal case was initiated against unidentified persons under Part 1 of Art. 201 "Abuse of authority" without proper verification on the basis of a statement containing knowingly false information.

Throughout the entire investigation period from 10/15/2015 to 12/19/2019 (more than 4 years), the investigators of the Main Investigative Directorate of the Investigative Committee for Moscow D.Yu. Pisarevsky and S. Aboev grossly violated the rights of the Company, its shareholders, managers and members of the Board of Directors, repeated searches were carried out in the dwellings and at the enterprise, an attempt was made to remove the General Director and the Chairman of the Board of Directors from their posts, which was justifiably denied by the Presnensky District Court and then by the Moscow City Court. In order to intimidate, investigators D. Pisarevsky and S. Aboev blocked the normal operation of the enterprise by numerous employees of the Central Security Service of the Federal Security Service and the Ministry of Internal Affairs, computers and servers with technical documentation were confiscated (which were taken away from the territory of the enterprise at night in the car of TsFR LLC, controlled by S.N. Lesnichiy ).

The investigator based the accusation on a fabricated expert opinion commissioned by specialists of ANO "Commission for Investigation, Expertise and Control of the Activities of Professional Communities in the Financial Sector", established, among other things, by TsFR LLC and headed by Yu.A. Yezheleva, who is also Deputy General Director of TsFR LLC and fully controlled by S.N. .Forester.

The reliability of the conclusions of this examination was repeatedly refuted by consultations and examinations performed by the Ministry of Justice of Russia, official assessment reports performed by professional appraisers accredited by the Rostec State Corporation, materials of the audit commission, and other numerous evidence available in the case.

However, neither the existing irreparable contradictions, nor the direct instruction of the Deputy Prosecutor General dated 06/08/2018 ref No. 15 / 3-169-2018 / Dn1198-18 on the elimination of numerous violations during the investigation, including ignoring the decisions of the Arbitration Courts and other materials of the case, did not interfere with transferring it on 12/19/2019 for consideration to the Savelovsky District Court of Moscow (Judge D.V. Neudakhin, case No. 01-0001/2022), in which it is being investigated to date.

The court's complete disregard for the violations and irreparable contradictions in the case, as well as the repeated refusal to conduct any additional examinations, suggest the presence of motives for the obviously accusatory bias of the trial. There is reason to believe that this “custom-made” criminal case was initiated, the indictment was approved by the First Deputy Prosecutor of the City of Moscow O.Yu. , its partners and patrons.

Criminal case against the former General Director of OAO NPP Temp im. F. Korotkov" by A.Yu. Trubkin under Part 4 of Art. 159 of the Criminal Code of the Russian Federation in connection with the withdrawal of funds from the enterprise and their cashing out, it was considered in the Savelovsky District Court of Moscow (judge - D.V. Zozulya, case No. 01-0004 / 2022). A.Yu. Trubkin was on the federal wanted list for a long time.

Criminal case No. 11801450119000088 against the General Director of OOO TsFR S.N. F. Korotkov" by A.Yu. Trubkin under Part 4 of Art. 159 of the Criminal Code of the Russian Federation on the fact of theft of 3,000,000 rubles. and bills of the enterprise in the amount of 12,000,000 rubles. Currently, the Investigation Department of the Ministry of Internal Affairs for the SAO of the Main Directorate of the Ministry of Internal Affairs of Russia for the city of Moscow is being investigated, however, due to active opposition from S.N. Lesnichiy, it has actually been suspended.