The already-forgotten shooting in Rochdelskaya street and the subsequent arrest of the thief in the ... 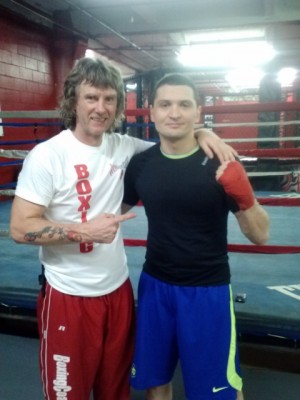 The already-forgotten shooting in Rochdelskaya street and the subsequent arrest of the thief in the law of Zakhary Kalashov, who is also Shakro Molodoy, are still dispelling with a booming echo in Russia. Nobody expected that the investigation into the Shakro case would affect broad criminal ties in law enforcement structures and Russian business. Gradually it turns out that the "business" ties of criminal authority were distributed not only to the CSG of the Russian Federation in Moscow, but also to the business community of Russia. It is characteristic that during the investigation of the case of the famous case of "Colonel Zakharchenko", criminal threads were drawn not only to various bankers, but also to the gasproman Ali Uzdenov. Now, according to Rucriminal.com, the investigation is evolving in a roundabout way to another figure of this criminal web - Timofei Kurgin.

Kurgin is a very interesting and mysterious figure in Russian business. First, there is information that he was not Timofey before, but Teimuraz. And, secondly, it is believed that the co-owner of the fruit and vegetable base - "Four Seasons", co-founder of the "Academy of Boxing" and the president of the "National Association of Timber Industry" was associated with crime almost from his youth. At least, already in 1999, he was in the pre-trial detention center No. 1 "Matrosskaya Tishina" along with the criminal authority Shakro Young.

Timofey Kurgin (who was also Teimuraz or Timur) was in the SIZO under investigation for alleged murder of State Duma deputy Sergei Skorochkin in 1995. Recall that Skorochkin was kidnapped in a bar in the city of Zaraysk and later shot with a pistol. During the investigation it turned out that the deputy had a conflict with a certain Lopukhov, who sold his distillery a year before his death. After the transaction was completed, it turned out that the buyer was still owed another 380 thousand dollars. Lopukhov, not wishing to pay all the money by connecting for the "solution" the problem of his friend Oleg Lipkin, who connected to the operation to eliminate Skorochkin Teimuraz Kurgin, Victor Moskalev, Sergei Zorin and Alexei Evseev.

Already in 1998, Lipkin and Kurgin were sentenced to 5.5 years and 4.5 years of imprisonment. The court found them guilty of the abduction of Sergei Skorochkin. After appealing the decision of the court to the Prosecutor General's Office, the Supreme Court sent the case for a new trial. During this time, the number of accused began to decrease: in the dock there were only four alleged participants in the crime. Nikolai Lopukhov died, and Timofei (Teimuraz) Kurgin was released after the expiration of the statute of limitations. In February 2005, in the case of the murder of MP Skorochkin, a ten-year statute of limitations expired, the case was closed, the suspects were released. Kurghin spent 5 years behind bars.

Obviously, the "prison universities" were not in vain for the young Kurghin. According to rumors, he met in prison and closely communicated not only with Shakro, but also with another authority - Sylvester (Timofeev). Not surprisingly, immediately after liberation, Timofei Kurgin began an unprecedented career and financial rise. There is a suspicion that he was appointed one of the "wallets" of the underworld, providing significant initial capital. Now, using the "right to oblivion" Kurgin, of course, strongly cleaned up his biography in Yandex and tries to look like a respectable businessman, timber merchant and patron of Russian boxing. But it was not possible to conceal everything, his biography was too "merry". For example, in the 90s on the NTV channel there was a popular program "Criminal Russia", the record of which is still freely available on Youtube. In one of the issues of the program entitled "Murder of Deputy Skorochkin," one of the defendants in the case, Alexei Evseev, tells about the involvement of the politician of a certain "Timur" in the kidnapping and violent death, there is also a photograph of a man very similar to the young Timofei Kurgin. By the way, a man very much like Kurgin was seen during the raider seizure of the GC "Ramfud", later transferred under the control of "Promsvyazbank" brothers Ananiev.

Now the brothers Ananyeva together with Kurgin own two wholesale distribution centers in the Moscow region, each with a capacity of more than 1.5 million tons per year. These ORCs, called the "Four Seasons", are on the balance sheet of Finance Invest, which in turn belongs to three founders: 47.17% from Cyprus Iontis Investments and Contirta Holding, another 5.66% from the Russian " Terra Invest. " All three owners of Finance Invest are owned by another Cypriot company, Jakardis Holdings, owned by Saltinnes from the British Virgin Islands. On a number of information resources, Kurghin is listed as the general director of Finance Invest, also he is a shareholder of Mosselprom-Domodedovo. In this offshore confusion it is very difficult to find ends, especially for the Russian tax authorities.

It is curious that the second monopolist, who, along with the "Four Seasons", is engaged in supplying food to Moscow and the region, is Food City, which is rumored to be owned by Shakro Molodoy, who is now arrested on suspicion of extortion and organization of the criminal community. It is clear that two such giant structures can not exist on the market without "friendship" and mutual agreements. Therefore, during the investigation of the Shakro case, we should expect new surprises, exposures and arrests, which will concern businessmen "lit up" around the criminal authorities.