As GlebMishin, Anna Bogomaz and Tatyana Kolesnikova have made the IT company's funds their personal 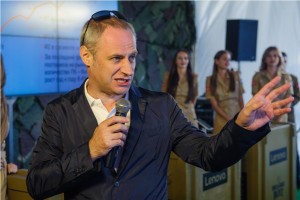 Rucriminal.com continues the story of how the budgets of Moscow representative offices of the world's largest IT companies are being taken away. This happens with the direct participation of the heads of these missions, who, in pursuit of an extremely rich life, spit on the fact that their activities are harmful to the image of Russia and repels the country of Western investors. Well, it's true, what can be the remorse when the former head of the Lenovo office, GlebMishin, devastating the pockets of the head structure, turned the life of his family into a fairy tale. Once a modest guy from Rybinsk bought an elite house on the Cote d'Azur of France, in whose garage the park of exclusive cabriolets flaunts, he got a few apartments in Moscow, sent two daughters to study in England, his wife leads a secular lifestyle in London, Nice and Courchevel. Now only property owned by the Mishin family is valued at more than $ 5 million. The ex-head of the representative office of Intel Dmitry Konash, who, holding the post, considered the money of his mother's structure to be his own, is no less fabulous and rich. Schemes of scams from Mishin and Konash are the same. Rucriminal.com promised that it would be a bit of a story about the mechanisms of theft. It's time to shed some light on how Mishin "worked".

The simplest, but the most profitable in absolute terms, was a scheme of borrowing money when executing marketing budgets.

The scheme was organized as follows: immediately after his appointment to Lenovo, Mishin "strengthened" the marketing department with employees from his team, then he "took" money for marketing activities from all departments and gave them under full control of "his" marketing department, where the main executors Were the head of the department Anna Bogomaz and the head of promoters Tatiana Kolesnikova. Next, Gleb arranged so that Lenovo stood up for service in the agency "1marketing", whose services he used while working at the company Acer (and the schemes of borrowing were invented there). Instantly, "1marketing" became the main and almost the only marketing agency of Lenovo in Russia. It is worth noting that during the period of GlebMishin's work in Lenovo (2012-2016), a budget of about $ 100 million passed through the marketing department, of which 35 million "flowed" through the channels "dug" by GlebMishin. At the end of 2016 on suspicion of embezzlement of funds, incl. From joint marketing programs with Intel and Microsoft, Anna Bogomaz was dismissed from Lenovo. The scandal was internal, the company considered it a blow to the image and with Bogomaz parted quietly. Given that at that time Mishin and Anna Bogomaz had an ardent affair, Gleb experienced a double loss.

On April 1, 2017, the term of the contract between Mishin and Lenovo ended and did not prolong it. Officially Gleb said that he "decided to leave his post in the company for the implementation of new career opportunities." In Facebook, Gleb wrote: "Friends, colleagues, I inform you that my contract with Lenovo ends, and I will leave the company until the end of May. 5 years have flown by like one day. " With vigorous statements, Mishin is trying to cover the real reason for the dismissal - the Lenovo management, thanks to timely information from the MoE "RabKrIn", after investigating the circumstances of the corruption case in Lenovo, decided to remove GlebMishin, whose activities caused huge losses to the company.

But Mishina again benefits from a strong male "friendship" - Gianfranco Lanci helped Gleb's organization in the company Candy-Hoover Group director of the office in Russia. That's the way the teams of Western corporations go for years, practically real OPG, and quickly "master" the budgets of foreign companies.

Who is Gianfranco Lanci? It is he who for many years is the "guardian angel" of Mishin. As already told Rucriminal.com, the main take-off of GlebMishin's career began in the Russian representative office of Acer, where he met with its president Gianfranco Lanci. Very quickly this acquaintance grew into a "trustful" friendship, so cordial that its intimacy became the subject of discussions in the Russian representation of Acer and among business partners. On the basis of this "friendship" with Lanchi, Mishin's career went uphill - he actually received a carte blanche in the management of the Russian branch of Acer, where he rallied around himself a stable team based on the principle of personal devotion to Mishin.

All the activities of the Russian representation of Acer actually fell under the control of the shaky Gleb, including the financial one. The difference from overstating marketing and other budgets Mishin shared with brotherly Lanci. Rather, the Italian himself prompted how to overstate the costs and how to hide the "left" profits. In turn, Gianfranco successfully "bred" the central office of Acer for unscheduled money with the help of his wife, who controlled the advertising activities of the computer giant.

But in 2012, Mishin's career nearly collapsed: self-confident Gianfranco Lanci quarreled with the owners of Acer because he refused to send corporate products and focused on consumer solutions. The owners of the corporation politely "asked" the Italian to leave the company and GlebMishin remained without a cover. But the "male" friendship turned out to be strong and reliable - Lanci got a job as a top manager in Lenovo, where Mishina also dragged him.

During the time of Lianchi and Mishin's cooperation, Svetlana's wife began to lead the way of life of the wife of this dollar millionaire.

All these, like many other facts, were collected by the public organization "Rabkrin", which even opened a hotline for collecting information about embezzlement in IT companies. Who knows anything about such theft, "Rabkrin" asks to contact by phone 8-800-234-65-65 or by e-mail: [email protected]