"Please provide information on the DoD, I fear for my life" 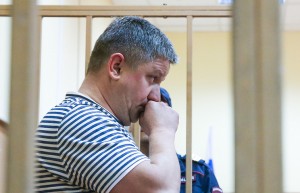 In the near future, the former head of "RusHydro" Eugene Dodu, who is in custody for what currently subscribed premiums inflated by tens of millions of rubles, can be charged with a new charge. According Rucriminal.com, When Daudet so successfully were "drank" billions of rubles allocated for the construction Zagorsk PSP-2 in the Moscow region, which in 2013 occurred at the station technological disaster. Her recovery was necessary to spend 50-60 billion rubles. However, Dod hide all these facts to the "RusHydro" not grown, and the costs and he could write themselves huge bonuses (they are directly dependent on profits "RusHydro"). All this RF IC told the secret witness, whose name in the materials is encrypted as Timofey Ivanov.

It has proved to be Rucriminal.com materials "DoD business." The first of these, we publish the testimony of this witness:

"At the moment I wish to voluntarily give detailed indications about the investigation of illegal activity former Chairman of the Board of PJSC" RusHydro "Dod Evgeny Vyacheslavovich.

Due to the fact that EV Dod has a lot of money, as well as links to the various state authorities, as well as many close friends among the staff of Russian law enforcement system, I'm telling investigators this information, really I fear for my life and the health of my family.

In the structure of PJSC "RusHydro" I have been working for more than 8 years to the present. I participated in the reconstruction of partially destroyed in September 2009, the Sayano-Shushenskaya HPP.

The main shareholder of "GusGidro" is a state that belongs to the present, more than 65% of the shares.

During the period of my work to the present time the financial position of "GusGidro" deteriorating. I attribute this to the fact that the wages of ordinary employees "GusGidro" never indexed and increased. Until 2010, the salaries of employees at year-end were two times more than after 2010. Travel expenses of employees decreased. In 2014, about 300 people had been reduced to "GusGidro".

Despite this, all the salaries and bonuses of top management "GusGidro" did not decrease, but rather increased in times, which, of course, is unacceptable, since the financial position of the company is constantly and steadily worsened.

In addition, in September 2013, at the Zagorsk PSP-2 in the Moscow region as a result of ground subsidence accident occurred, which resulted in destroyed a large number of equipment, some equipment has come into disrepair.

The reasons for the accident at the Zagorsk PSP-2 was the lack of research on the development period of the project and working drawings, lack of attention to the customer's data control measurements and observations of the ground facilities and the construction itself.

Construction Zagorsk PSP-2 was carried out from 2006 to September 2013, when the accident occurred. The construction has been invested "GusGidro" about 70 billion rubles.

So far, no remediation Zagorsk PSP-2 is not carried out, as there is no solution "GusGidro" manual.

In October 2015 it was completed the valuation of the cost of restoration of Zagorsk PSP-2, the results of which to restore the station after the accident must be 25 billion rubles. and for the completion of the station and commissioning (due to the fact that part of the structures and equipment after the accident came in disrepair, and the costs of maintenance and the maintenance of security of previously built structures) must be 28 billion rubles.

In total, the "GusGidro" accident at Zagorsk PSP-2 must also spend more than 53 billion rubles.

By the end of 2013 all the staff and management "GusGidro" it was clear that the restoration and completion of the Zagorsk PSP-2 will need to spend an additional 50-60 billion rubles. This, of course, was known Dodu EV, which is all the questions to investigate causes of the accident Zagorsk PSP-2, establishing the exact amount to restore held constant personal control.

For example, to restore the Sayano-Shushenskaya hydroelectric power plant from September 2009 to the present time, it took about 38 billion rubles., Of which about 4 billion rubles. This federal funds that were provided "GusGidro" as a result of additional issue (issue) of shares and redemption of their state.

In this connection, I consider that the size of the special bonus EV Dod on the results of "GusGidro" in 2013 it is designed not true, on the basis of inaccurate data and they unduly obtained funds belonging to "GusGidro".