On the Internet, there were records of negotiations with the oligarch businessmen and officials 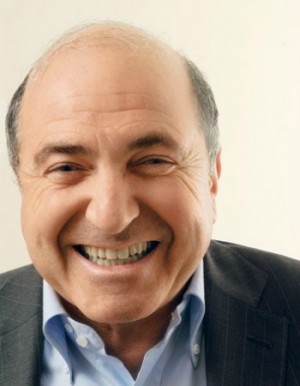 The site appeared www.shtikom.com audio files which have been recorded phone conversations with Boris Berezovsky senior subscribers, made at different times. Founders of the resource was told that the once all-powerful BAB all his active political life wrote down everything negotiations. With this archive of compromising material he never parted. The first thing that took him to London, during the forced flight of the Russian Federation, was a disc with recordings of talks. And in England, he continued to fill up the archive, recording their conversations and in this country. Before his death, the oligarch has repeatedly discussed the possibility of publishing its archive. But, for whatever reason, I did not. Shortly before his death, knowing that it will not be soon, Berezovsky gave the archive to one of his authorized representative. This man shared the recordings with Shtikom.com.

In the first audio file posted on the resource, you can hear the talks with Boris Berezovsky's TV journalist Alexander Nevzorov, a billionaire businessman Roman Abramovich and Peter Aven.

With Nevzorov (http://www.shtikom.com/zagovor-protiv-sobchaka-2.html) BAB discusses: training, "hitting" on TV on the then mayor of St. Petersburg Anatoly Sobchak; relationship with Alexei Pushkov (currently holds the position of Chairman of the State Duma Committee on International Affairs); funding issues Nevzorova by Badri Patarkatsishvili. Here is an excerpt of that conversation:

N .: I've got some fantastic there was information that Blagovolin (?) Called Sobchak (B .: Yes.), And invited him (D .: So.) Then immediately comment on the horror that (inaudible) showed.

B .: No, no, no, I'm sure that he would not have done this without consulting me.

N .: Yes, and secondly, in general, as I understand it, this is our city's Head (B .: Yes), it is so to speak a little bit the other camp

B .: Do not just Sasha, we are right now, I still know, so I do not want to right now, as it were (inaudible), so that's why we, as it were the other way around you are trying to do exactly the opposite, as I understand it ...

B .: ... not to share it, and vice versa. That's why I'm sure I did recheck. Actually getting anyone's go-ahead for all these things I do believe just unreasonable.

In turn, Roman Abramovich discussed the last meeting with the businessman Lev Leviev. Abramovich Berezovsky says that Leviev is ready to organize support for Boris Yeltsin by Israeli Prime Minister Benjamin Netanyahu. Here's a snippet of the conversation (http://www.shtikom.com/levaev-skazal-chto-lichno-on-naznachaet-8-ministrov-v-pravitelstve-izrailya.html):

A .: He said, basically, that if you need to Leviev ... ugh to Netanyahu once spoke in favor of the SUA, he can arrange it.

A .: In principle, only so that it was no interference in the internal affairs of the Russian ...

B .: (interrupts) I understood everything, absolutely. This is realized.

A .: It is also said that the government of 18 members, appointed by the Likud, he personally appoints 8 and Energy Minister he appointed his, and so we will be there ... plans.

With entrepreneurs Peter Aven Berezovsky discusses venue. And somehow I do not really worry whether there is the wife of another oligarha- Mikhail Fridman. Here's a snippet of the conversation (http://www.shtikom.com/a-jeny-fridmana-net.html):

A .: Bor, well, if we have not seen with Olga, yes, then do a good restaurant in Aerostan, Borodino, where there is no one.

B .: And there Friedman no wife?

B .: Friedman no wife there?